James Henry Mills was born on 8 September 1814 in Macclesfield, Cheshire (bordering Yorkshire). He was born to parents John Mills (b 1786) and Charlotte Sharpley (1785-1858) according to his baptism record. He was one of 10 children.

James’ father John Mills was a hatmaker and dealer (like his father Joseph Mills 1761-1839 before him) in Waters Green, Macclesfield  and appears in the Macclesfield Commercial directory for 1822.

James’ father, John Mills, was baptised 20 miles away in 1786 at Oldham, Lancashire.

I have many DNA connections to the Mills families of Oldham. 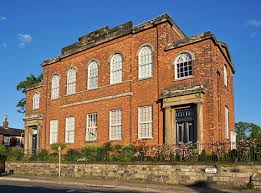 James Henry Mills was baptised on 2 October 1814 at the Sunderland Street Wesleyan chapel in Macclesfield (not in the established Church of England).

The Sunderland Street Wesleyan Methodist Chapel was built in 1779 and closed in 1969.

In 1851 the chapel housed 846 people. The building, which is close to Macclesfield railway station, is presently used as a sports club.

Methodism began in the 1730s as a movement for spiritual renewal within the Church of England. Its principal founders, John Wesley (1703-91) and Charles Wesley (1707-88), were Anglican priests. The Wesley brothers championed a lively, thoughtful, disciplined and socially engaged approach to Christian faith and life.

This first took shape in a group set up by Charles Wesley in Oxford in the late 1720s where students met to study together, to attend church and to bring practical help to poor families and prisoners. Sceptical contemporaries gave this ‘serious’ group some mocking nicknames, including ‘Holy Club’, ‘Bible Moths’, and ‘Methodists’. The last name stuck.

In the first half of the nineteenth century the Wesleyan movement grew rapidly. By its centenary in 1839 the denomination claimed over 400,000 members and an institutional infrastructure to match: thousands of chapels, large and small; day and Sunday schools; a Missionary Society for work overseas; an array of publications; and an army of volunteers serving the Connexion as chapel trustees, local preachers, stewards, class leaders and Sunday school teachers. John Wesley’s small band of ‘travelling preachers’ had become Wesleyan ministers.

It is believed that James Mills married Susannah Smith around 1835, probably in the Wesleyan Methodist chapel, but no records survive for this period. 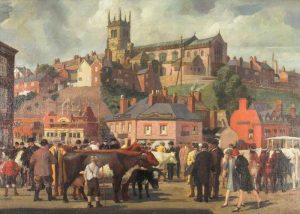 Their child James Henry Mills (who immigrated to Australia in 1858) was born around 1839 in Macclesfield, Cheshire (according to his marriage and death certificates). I have been unable to find a birth registration, baptism record or census record proving his birth. I have searched under both Mills and Smith in case he was born illegitimately.

According to the certificates of their child James, James senior was a sailor or seaman, but no record can be found of his occupation in the merchant navy seaman’s records, or anywhere else.

It is unknown where and when this James and Susannah Mills died.