Alexander was baptised on 19 Feb 1815 at St Alphage, Greenwich, Kent. Alexander was the ninth and last born child of John Stow, a cabinetmaker and upholsterer and Mary Beaver.

Unfortunately his father John died when Alexander was only eight years old , committing suicide at his home with a pistol.

At the time of his marriage in 1837, Alexander was working as a cabinet maker and upholsterer with his father in London Street, Greenwich.

Alexander and Mary had nine children in Greenwich, Kent, England – 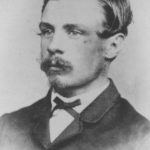 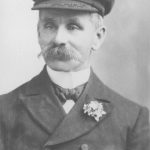 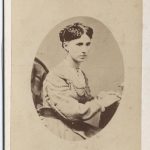 In June 1851 Alexander can be found working away from home in Deal, Kent. He is listed in the census as a Cabinet Maker, lodging with three other people. In July he is back with the family at 4 Hope Place, New Church Street, in the parish of St James, Bermondsey, Surrey for the baptism of his daughter Sarah.

A few years later the family decided to immigrate to Australia and left Gravesend, Kent and arrived in Geelong, Victoria on 23 January 1857 aboard the passenger ship the “SS Kent”. Aboard were Alexander, 40, listed as a carpenter, his wife Isabella aged 40, and their children George 15, William 12, Arthur 7, Edward 9, Sarah 4 and Eliza 2. Three children had died in England – Frederick, Isabella, and Eliza.

Once in Australia, Alexander and his family travelled to Fitzroy, and lived at 84 Westgarth Street where he practised his trade as a cabinet maker and upholsterer once more. (Govt Gazette).

In 1862 he was living at 11 University Street, Carlton until his death on 29 December of tuberculosis aged just 48. He is buried in the General Melbourne Cemetery.

His wife Mary Isabella Stow lived for another 30 plus years and in 1873 was residing in Prahran with her son George. She died at the age of 82 in Spotswood, Victoria, with the cause of death as old age. She is buried in the General Melbourne Cemetery.