Thomas Forster / Foster was born on 11 July 1827 in Preston, North Shields, Northumberland. He was the son of Robert Forster (1785-1831) and Catherine Aynsley (1790-1830). His mother Catherine died in childbirth with her sixth child Nicholas who also died. 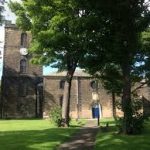 Sadly a year later, his father Robert (also the son of a mariner) also died in June 1831 at Preston, so by the time he was three years old, Thomas had lost both parents.

His father Robert died in Preston aged 46 in June 1831 and his . They are both buried at Christchurch Tynemouth.

Thomas was baptised on 5 August 1827 at Christ Church, Tynemouth. His father’s occupation is given as a mariner.

Perhaps his lack of parents explains why he was apprenticed to sea aboard the ship “Fair Ella” for a term of 7 years at the age of only eleven years old in 1838.

On his Registered Ticket in 1845 he was described as 5ft 6, light hair, blue eyes and fair complexion with a scar on his forehead.

In the 1841 census, Thomas aged 13 and his brothers Robert aged 20 a mariner, and William aged 16 are living with Jane Johnson aged 70 in Spring Terrace, Preston, North Shields.

From 1845 to 1851 Thomas sailed the high seas, on various voyages as shown by the numerical references on his navy file.

On 26 February 1852, Thomas, aged 24,  married  29 year old Barbara Cole just across the Tyne River in Wallsend, Northumberland, only 5 miles away.

Barbara was sent out to work as a domestic servant at an early age, and in the 1841 census of Tynemouth can be found aged about 15 working for Mr Thomas Gibson a sailmaker in Bedford Street.

1851 census she can be found aged 25 in Preston, Tynemouth with the Dryden family working for Mr Phillip Dryden a ship owner.

In 1861 Thomas is living in Blanford Place, Dawdon, South Shields, aged 33 with wife Barbara and he is now a master mariner. Living with him are his children Robert, Mary, Thomas, Charles, Ann and Jane.

In 1871 Barbara is living at 7 Green Street, Dawdon, by herself with the children – Robert, Mary, Thomas, Charles, Ann, Jane, George and Barbara. Thomas’s brother Robert is serving on the ship ‘Miazan’, but his Thomas is not with him. I have been unable to find him in 1871.

In 1881 Thomas is serving on a ship – the Norval – with his widowed brother Robert Forster aged 60, master mariner, his son Thomas, cook and seaman, and his brother in law (sister Mary’s husband) Timothy Dyer, seaman. His brother Robert is the Sailing master.

Thomas passed away on 20 January 1883 at Dawdon, Seaham aged 55 of kidney failure (renal disease). His son Charles was with him.

Barbara went on to live for another 39 years. In the 1881 census she is living at 6 South Railway Street, Dawdon, occupation mariners wife. With her in the house are her children Charles 23, Annie 23, George 16, Barbara 15 and Hannah aged one (daughter of Charles). Charles wife Barbara had died (possibly in childbirth with Hannah). 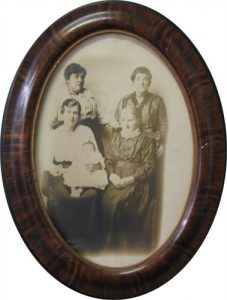 In 1911 Barbara is now living on her own, still at 27 Frances Street Dawdon, aged 87, a widow, on old age government pension. Her property is described as a one room tenement. She states she has eight children, 7 alive and 1 deceased. 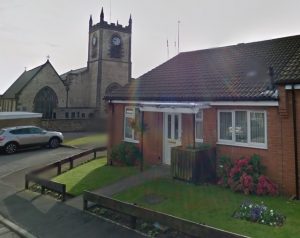 Barbara lived for another good few years, finally passing away on 5th August 1922 aged 98 years at her home at 17 Marlborough Street, Dawdon.

Her death certificate states she is the widow of Thomas Foster, master mariner of the merchant services.

Her son George R Foster of 20 Longnewton Street, Dawdon was present at her death and was the informant.

Barbara and Thomas are both buried in the St Johns Seaham cemetery. 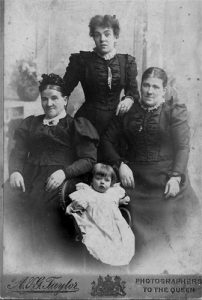