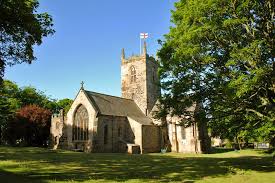 Jane (Jenny) Luke was born in February 1823 in Newbottle, Durham.

On her baptism record for 7th February 1823 in St Michael and All Angels, Houghton-le-Spring, the records say she is the daughter of George Luke, pitman and the late Mary Luke (Smith) of Newbottle, suggesting her mother Mary died in childbirth.

George Luke (1781-1847) and Mary Smith (1801-1823) had three children together, but George married four times, having a total of ten children. So Jane had four different mother/stepmothers, and lots of step siblings –

4. George Luke married Elizabeth Bates 6 May 1844 St Nicholas, Durham
I haven’t been able to find Elizabeth’s remarriage or burial or census after 1851. 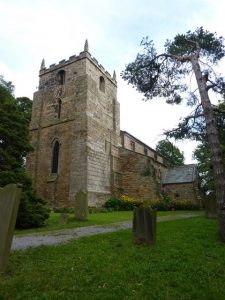 In the 1841 census Jane Luke, aged 18,  is out working as a servant girl in St Nicholas, Durham for the Collins family. Her father and his fourth wife are living in the same parish, and by 1851 her father George had died, and her stepmother Elizabeth is looking after her 4 year old son George in Pittington.

Jane Luke was known to have at least two illegitimate children both baptised at St Laurence, Pittington, Durham-

On John’s birth certificate the name of the father has been left blank, suggesting that John was illegitimate. His mother Jane made her mark ‘x’ being unable to sign her 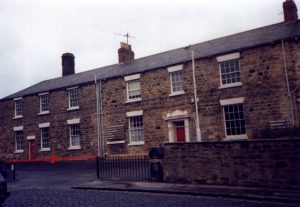 name. Family story (by John’s grand daughter) says that John was born in the Elvet Workhouse in Durham.

Recently I discovered an amazing fact about the identity of John Luke’s possible father.

Recorded in the Durham Chronicle Newspaper of 27 September 1850, is the startling facts of the charging of William Winter of Pittington with being the father of the illegitimate child of Jane Luke. The hearing was held in the Justice Room, Durham on September 21 before a bench of five justices. It said that Jane Luke had already been before the bench previously trying to get costs from Mr Winter for the maintenance of the child, but being unable to provide evidence (as one of her witnesses didn’t appear) it was dismissed.

Now she was trying a second time, with more evidence, and even though the bench agreed the case should proceed after hearing more evidence, they decided by a majority of three to two no order should be made against Mr Winter as despite the majority being morally convinced that the defendant was the father, he was in office in some religious society, so no order should be made. Astonishing!  Poor Jane.

William Winter of Pittington was obviously a well known figure in the community and he was appointed to the Board of Guardians for the Poor for 1849-1850 for the Durham Workhouse. (Durham Chronicle 27 April 1849). There is also a death notice for William Winter of Shiney Row aged 60 years in August 1877.

William Winter was born in 1810 in West Rainton, and married Ann Walker in 1833 in Tanfield, Durham. They had twelve children together, including one (Christopher) who was also born in 1850 in Pittington (like our John Luke), but died that same year either at birth or as a baby.

DNA is amazing how it can confirm family connections, and I’ve found a match with a descendant of William’s brother Thomas (1812-1877), which proves my genetic link to William.

When a mother was expecting an illegitimate child, her local church parish officials subjected her to an examination to try to determine the name of the father. They would then attempt to have him sign a bastardy bond which meant he was responsible for the maintenance of the child. The father would then have to pay a weekly sum to the mother to support the child. I wonder if one survives for Jane Luke in 1850?

In the 1851 census, Jane, is a 28 year old servant to the Nicholson family of Broomside Lane in St Giles, Durham. Her son John appears aged 1 and her first born child George Henry  b 1847 is living with his grandmother Elizabeth Luke (Jane’s stepmother) aged 4. 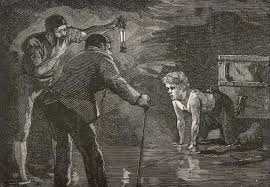 So Jane is now raising deceased George’s daughter Ann aged 18, a dressmaker, and his son Peter 16.

Her son John Luke is now 11,  his sister Mary Jane Nicholson aged 4, and his brother George Henry Luke aged 14 is now back with them.

All three boys, including young John are already coal miners. 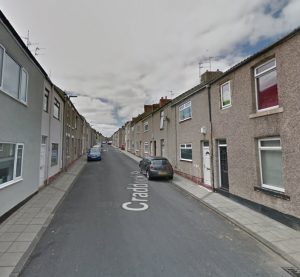 By 1871, Jane and Robert are living with her son John, aged 20, in Craddock Street in Whitworth, Spennymoor

Jane’s other son George Henry, coalminer, has married Elizabeth Minto in 1869 at Spennymoor and had twelve children, with only five surviving until adulthood. They lived in Spennymoor and Tudhoe. George died in 1927 in Broompark, Durham. 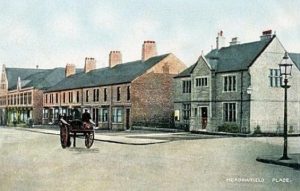 In 1881 Jane and Robert are living at number 8 Meadowfield Place, Brandon and Byshottle.

Robert, a coalminer, is now 45 and Jane is 58. Also living with them is 13 year old Hannah Luke, domestic servant. Hannah is her grand daughter (son George Henry’s girl).

Ten years later in 1891 Robert and Jane are living at 8 John Street, Brandon and Byshottles. Robert is now listed as a confectioner which seems a drastic occupation change from a coalminer. I’m thinking the enumerator may have either misheard or incorrectly recorded his occupation.

Jane, or Jenny as she was known by her family, passed away on 29 January 1901 in South Broomhill, Northumberland aged 77. Her son John was living at Broomhill at the time.

She was buried in the East Chevington Cemetery on 2 February 1901.