Isaiah was baptised on 9 Sept 1830 at the Hawkwell parish church. He was the eldest of six children born to the couple.

In 1838 Isaiah’s father Thomas appears as a tenant of Mary Bellingham in the Rochford, Essex Tithe Records on plot 166. Isaiah’s widowed maternal grandmother Sarah Stearns b 1784 also appears on the Rochford Tithe Record on plot 170.

In the 1841 Census, Isaiah was an agricultural labourer on his father’s farm in Eastwood, Essex.

By 1851 he was working as a bricklayers labourer and lodging at a house in Lewisham in Hanover Terrace, some 30 miles away from his home in Eastwood. 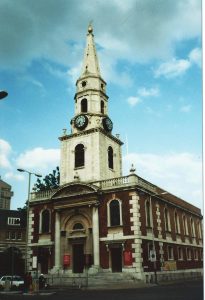 It appears he was slowly moving towards London, as by 1856 he was living in Kent Street, Surrey before his marriage to Mary Ann Ruff in 1856 at St George the Martyr, Southwark, London.

Isaiah and Mary Ann Mead immigrated to Melbourne Australia aboard the “James Fernie”, and a note is made on the passenger lists that they ‘came of own account’, that is, they were not coming out to relatives or organised work. The day they arrived in Melbourne, their first daughter Mahalia Jane was born at the Immigration Depot. 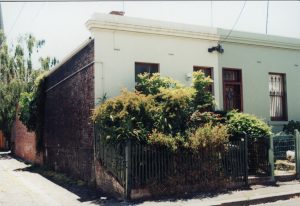 In 1866 the rate books list the family living at Glasshouse Road, Collingwood in a wooden house.

They had 11 more children and settled in Collingwood, until 1874 they moved to Vic and then moved firstly to Moor Street , then to 21 Condell Street in Fitzroy in 1880.

Isaiah and Mary Ann’s children were –

Isaiah died in 1901 at the age of 70 years at 59 Condell Street, and on his death certificate his occupation is given as a cellar man in a brewery. This house is still standing today. 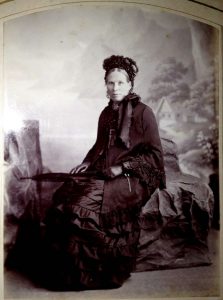 Isaiah is buried with this wife in the General Melbourne Cemetery.

In her will, Mary Ann bequeathed all her estate to only one of her 12 children – her last born Mary Ann Blanche Mead, who she was living with at the time of her death.

All the other children had either died, or married and moved away.