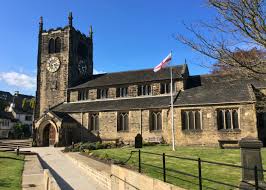 Henry was baptised on 6 June 1756 at nearby Bingley in Yorkshire, 2 miles away.

The second marriage was to Ann Smith by license on 16 November 1769 at Bingley. Ratcliff and Ann had two children – Ann in 1772 and William Ratcliff Speight in 1774. 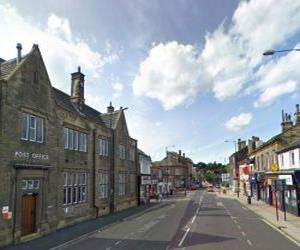 Bingley is located on the edge of the Yorkshire Dales, just five miles east from the famous Bronte village of Haworth.

East Morton, where Henry Speight was born, is in the parish of Bingley. In 1851 the population was 1200.

Henry married twice, firstly when he was 23 years old to Miriam Sutcliffe, a 34 year old spinster on 22 April 1779 at All Saints, Bingley. His occupation was given as a weaver, and the witnesses were John Lack and Joseph Waddington. Henry and Miriam both made their mark ‘x’, probably as they were illiterate. They were married by banns. 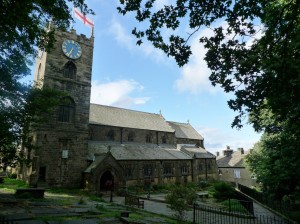 Miriam was born in Haworth (five miles away from Bingley) in 1745 and was baptised there at St Michael and All Angels in Haworth on 24 December 1745.

This church was very famous, forever being linked with the famous Bronte sisters of literary fame.

Their father the Rev Patrick Bronte was the minister there for 41 years from 1820 until 1861.

Henry and Miriam had two children which were both baptised in her home parish church at Haworth. On their baptisms it states “son of Henry Speight of Bingley”.

So it seems Henry was living in Crossflatts, near Bingley when his son William died in 1789, and possibly earlier. Miriam may have just gone home to her family in Haworth to have the children, as on the baptism records it does state Henry was of Bingley.

Now this is where it gets strange.

At the age of 28 years Henry married again to Hannah Emmott on 22 August 1784 at All Saints, Bingley. Once again his occupation is given as a weaver. This time the witnesses were

Hannah was born in 1757 at Morton Banks to parents John Emmott and Mary Simpson, one of 10 children born to the couple. Her parents were married on 17 September 1750 in Bingley.  She was baptised on 6 March 1757 at All Saints, Bingley.

But the only death I can find of a Miriam Speight, Henry’s first wife, is not until 1814, a long time after he has married and had lots of children with Hannah.

There is a death of a Miriam Speight at Bingley in April 1814, with the burial record confirming that it was for Miriam Speight, wife of Henry Speight of Allerton (Daisy Hill Allerton is where Henry was receiving parish relief in 1826), aged 69 years. The age is definitely correct for this Miriam. So perhaps Henry left Miriam and married again bigamously? Unlikely in the same church though as people would be aware of the first marriage. Maybe burial record that is for a different Miriam Speight, wife of Henry.

There are a few names cut off the top and bottom of the register pages on the copy I looked at on Find My Past, so perhaps she died in 1782 in childbirth with her second child.

Regardless, Henry Speight, the weaver of Bingley and Hannah had six children –

The family lived in Crossflatts, one mile north of the township of Bingley in Yorkshire.

I haven’t been able to find a death or burial record for Henry’s wife Hannah. There is a Hannah Speight that is buried at Bingley on 8 May 1826 aged 65, but she is recorded as the wife of James Speight (perhaps incorrectly?) in the burial register. 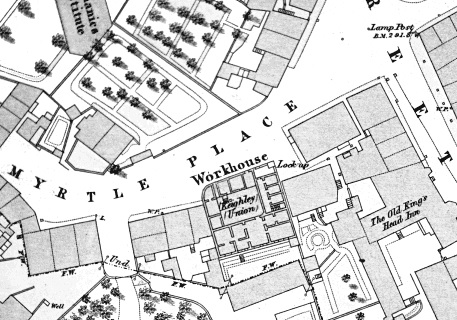 Bingley’s workhouse was officially formed in 1776 when the church Vestry Committee set up a committee to act as guardians and trustees for the poor of the village and surrounding areas. The workhouse took in the aged, infirm and children and could accommodate 40 people. It was situated in Myrtle Place, Bingley.

Before the Poor Law Account of 1837 the church was responsible to taking care of its parishioners by means of out relief, or payments to help them buy basic needs. Trawling through the Bingley Township Disbursements in the West Yorkshire Select Poor Law and Township Records, I found Henry, along with hundreds of others,  receiving relief payments starting in November 1826. He received several monthly payments as a casual payment, and his address was given as Daisy Hill. On November 1 he received 7 shillings, December 1st 8 shillings, January 1st 7 shillings, February 1st 7 shillings, etc and every month to March 1828.

A lot of comments were made in the book beside people’s names such as “Jane Hind has had an abortion”, “Paid Jane the wife of John Cockshott to take her husband a lunatic to Stockton, her native place”. “Paid John Sugdon of Allerton, coalminer for the purposes of purchasing clothes for Thomas Stow whom he proposes to take apprentice as a coalminer”.

The parish were also paying out a significant amount of money to widows and in bastardy payments (to keep an illegimate child as the father was not known/disappeared, etc).

Daisy Hill, where Henry was living was four miles south of Bingley, in the parish of Allerton.

The last payment made regarding Henry was “Henry Speight’s burial dues, expenses in burying him” which was 10 shillings.