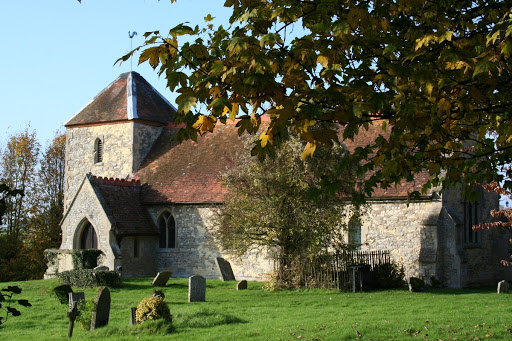 I haven’t been able to locate a baptism register entry for Francis.

Francis was mentioned in his father’s Robert will of 1628.

Francis married Mabel Weeden around 1642 in Postcombe, near Lewknor, Oxfordshire.

In 1680 Francis appears in a Land Release document held at Oxfordshire History Centre – Property: 6 acres of land in common fields of Adwell and Poscombe in tenure of Francis Philbye.

Francis died in December 1684 and was buried at Lewknor on 22 December 1684. There was a little controversy over his burial, and a note was made against his burial entry in January 1685.

The Burying in Woollen Acts 1666–80 were parliamentary acts which required the dead, except plague victims and the destitute, to be buried in pure English woollen shrouds to the exclusion of any foreign textiles.

For centuries England relied on the woollen trade as a prosperous source of revenue and was key to the wealth of the country. The introduction of new materials and an increase in foreign imports was viewed by many as a threat to this vital industry. In an attempt to create a new market for woollen cloth, and to maintain the demand for domestically produced wool, the Burial in Woollen Acts were passed as Acts of Parliament.

It was a requirement that an affidavit be sworn in front of a Justice of the Peace (usually by a relative of the deceased), confirming burial in wool, with the punishment of a £5 fee for noncompliance. Burial entries in parish registers were marked with the word “affidavit” or its equivalent to confirm that affidavit had been sworn; it would be marked “naked” for those too poor to afford the woollen shroud. The legislation was in force until 1814, but was generally ignored after 1770, and the act was repealed in 1863.

It seems that Francis son Hugh did not make the affidavit, and it was recorded in the burial register. The entry under Francis’s shows the correct burial procedure.