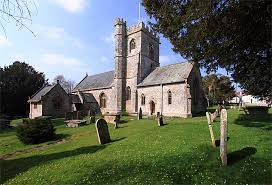 At the age of 24 James married Elizabeth Scriven on 3 June 1747 at St Stephens, Winsham.

Elizabeth Scriven was born in 1726 in Winsham to parents Robert Scriven and Mary Bennett. Her father Robert died in 1758 and her mother Mary died in 1756.

James and Elizabeth had nine children –

Tragically James and Elizabeth lost five children in a few years – and three within weeks of each in 1767 – John, Charles and Elizabeth, so perhaps a childhood disease tore through the family. So it appears only 3 out of 9 children made it to adulthood, married and had families of their own.

His wife Elizabeth died five years later in October 1778 also at Winsham and was buried with her husband at St Stephens on 8 October 1778 aged 52.