Robert was baptised on 8 April 1733 at St Mary and St Cuthberts in Chester-le-Street, Durham.

Outside Hall was a tiny village near the Harraton Colliery, not far from Birtley and Portobello.

You can see the area on a map here.

Robert was one of eight children born to parent Richard and Anne Luke, being the second born, and eldest son.

I have many DNA matches that descend from Robert Luke.

At the age of 27 years Robert married Mary Young on 12 July 1760 at Chester-le-Street in Durham (Northumberland and Durham Marriages).

Mary Young was born in 1742 at Urpeth Pits, in the district of Chester-le-Street in Durham to parents John Young and Mary Hobson. Her father was also a coal miner, most likely at the Urpeth Colliery.

Mary was baptised on 21 November 1742 at St Mary and St Cuthberts, Chester-le-Street, Durham. She was 19 years old when she married Robert. 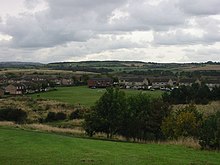 Urpeth Colliery was six miles (9 kms) south of Newcastle. Urpeth started its life as a coal mining area with multiple seams of coal being mined from various locations.

Urpeth Colliery was owned by the Birtley Iron Company and during its heyday employed 300 men and boys. The on site coke ovens produced up to 470 tons of coke each day.

Robert and Mary had nine children, who were all born in the Urpeth Pit houses, and baptised at Chester-le-Street – 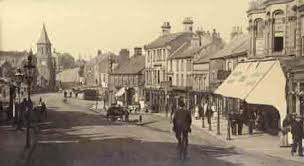 Robert died in 1793 at Beamish South Moor, and was buried at Chester-le-Street.

Beamish is only a mile away from Urpeth.