Edmond Fennessy was born around 1797 in Clare, Ireland, probably in Coolagoree near Feakle.

He was the son of James Fennessy and Sarah Tuoey. Edward’s father James, a farmer,  appears in the following Clare, Ireland records – 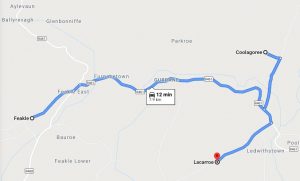 I can confirm over 10 DNA matches with descendants of these three children.

Mary was the daughter of Patrick Conheidy / Conheady. She was born around 1798 in the townland of Milltown, parish of Tulla, Clare, Ireland. 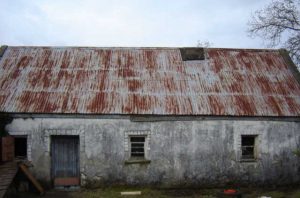 He is also recorded in the Ejectment Books of County Clare 1816-1835, ejected from his farm and land in Milltown, parish of Tulla in 1833. Ejectment book here.

Edmond and Mary had six children –

In 1827 Edmond was living in the townland of Lackarunoe in the parish of Feakle, probably with his father James. (Griffiths Valuation).

The Clare Journal and Ennis Advertiser Newspaper on 8 June 1840 published a list of Freeholders in the area of Killaoe, Clare, Ireland. Edmond’s name appears at Laccaroe.

In 1916 Edmond’s son Michael made an application to the government for a pension, and as part of that a search was performed on the 1851 census records in which it was stated that he was the son of Edmond Fennessy and Mary Conheady of Lower Lackarunoe. 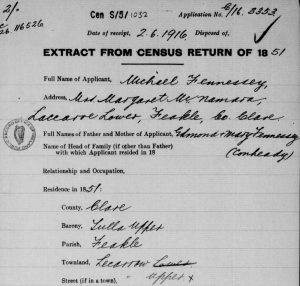 In 1851 Edmond also appears on the Ireland Encumbered Estates register for land he is occupying in the townland of Coolagoree, Feakle which is owned by Thomas Tuoey (his mother’s maiden name).

By 1855 Edmond, Mary and Patrick Fennessy are all occupying land at Lancarroe Lower in the parish of Feakle on the Griffiths Valuation forms. The owner of the land is Margaret Gore. There are lots of Tuoey tenants as neighbours.

He also appears in the 1856 Griffith Valuations for Coolagorry being a land tenant only (less than 2 kms away).

In 1867 Edmond is recorded on the Ireland Dog Registration records for Lancarrow Lower. (Laccarroe)