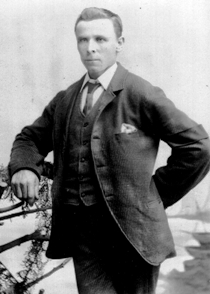 Arthur Jackson was born in January 1883 with twin brother Albert in Fitzroy to parents Laurence Jackson and Mahalia Mead.

The family immigrated to New Zealand in 1898, for him to become Manager of a Cigar Factory in Auckland.

In 1911 Arthur was living alone in Hawkes Bay and is described as a shepherd on the electoral roll. 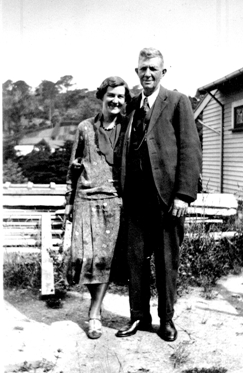 In 1954 Ellen and Arthur have moved to Watt Street, Waipawa, Hawkes Bay. He is still listed as a shepherd. There are no children listed with them in any of the years covered by the electoral rolls.

In a 1955 Calendar sent to his Australian family, he lived in Napier, New Zealand. Arthur kept in touch with his brother Albert and their family, and sent a couple of photos of his wife, and every year would send a New Zealand pictorial calendar.

Arthur and Ellen are pictured here in 1933.

Ellen Jackson disappears from Hawkes Bay after the death of her husband in the electoral rolls, so I’m unsure if she died, or moved away.