Eden White was born in 1830 in Kingston, Oxfordshire to parents Eden White and Maria Britnell. Eden was an agricultural labourer at nearby Kingston Blount. The White family lived in the Aston Rowant area for hundreds of years.

Eden was one of ten children, and aged 18 in 1848 he and his 20 year old brother Richard immigrated to Australia aboard the immigrant passenger ship “Mahomed Shah”. They were both stated as shepherds, and Eden was recorded as being illiterate, coming to work for Mr John Patterson of Gumbargana (north of Corowa). 211 immigrants arrived in Melbourne on 5 July 1848 aboard the “Mahomed Shah”. The ships passage out to Australia took 98 days. 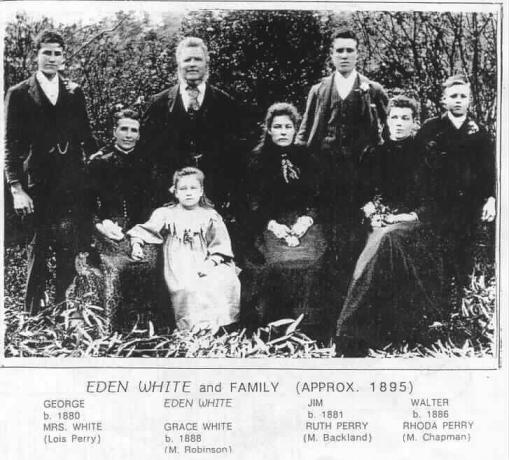 Sadly Eden’s wife Mary Ann died in childbirth with her twelfth child in March 1874. She is buried in the Violet Town Cemetery.

In 1881 Eden purchased land at Boho, near his brother Richard’s farm. (CA 66B, 73, 67 Parish of Boho). The property was called “Kingston Grove” after his birthplace.

Eden died in 15 May 1901 at his farm in Boho, and was buried in the Violet Town Cemetery with his wife Lois and her deceased husband Jonathon.  Lois White died in 1928 aged 85. 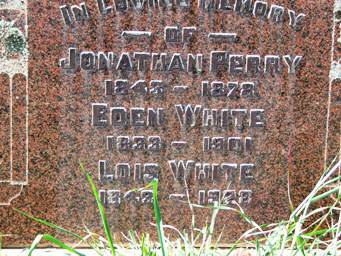