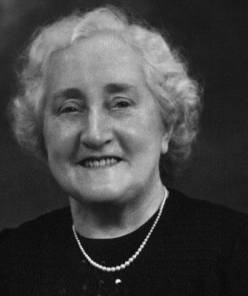 Isabel’s father John was a coal miner. The family were Primitive Methodist’s so Isabel was probably baptised in the local chapel as a baby.

Ten years later Isabel, aged 10, is still living at West Herrington in 1891, but has seen the loss of three siblings – Margaret, Francis and Eliza. The family have moved to nearby 31 Catherine Terrace. The family now consists of John aged 40, coal miner and Isabella, and children Jane, Mary, Isabella, Newrick, and Eliza and a 68 year lodger George Wardle, a coal miner.

In the 1901 census, taken on the night of the 31st March,  20 year old Isabella is now living in East Chevington, Durham with her parents and siblings Neurick, Elizabeth, Robert, Mildred and John. 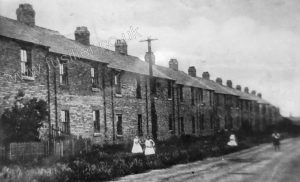 Her father John is a hewer in the coal mine.

A hewer is a miner who loosens rock and minerals, sometimes crawling on his belly through narrow shafts. A dangerous and labour intensive job. 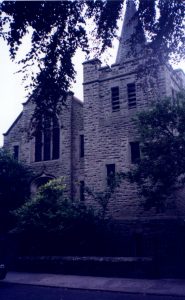 In the last ten years between the two census records the family have lost three more children – Francis, Margaret and Lilian.

At the age of 20, in the Primitive Methodist Chapel at Morpeth in Durham, Isabel married  George Thomas Gray, a coal miner, on April 9, 1901.

George was the son of Henry Gray (1848-1913) and Jane Ann Brown (1848-1882). George was living in West Herrington at the time of their marriage, so it appears Isabella may have known him before they moved to Chevington. Their father’s were probably coal miners together.

Isabel and George went on to have five children together – 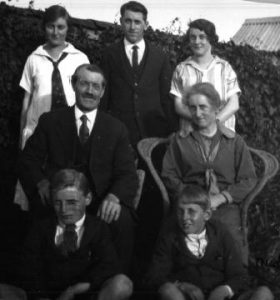 In 1906 the family were living at 31 Simonside Terrace, Chevington Drift.

In 1910, Isabel’s husband George made the momentous decision to leave England, and start a new life in a country far away – Australia. He was promised a good mining engineering job in the Wonthaggi Coal mines. So he left his wife and baby daughter behind and immigrated to Australia to begin a new life in Wonthaggi, with them to follow later. 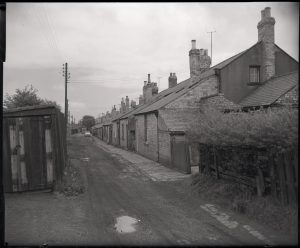 Meanwhile in England, Isabel aged 30, and her two young children Lilian and Olive are living with the Fletcher family in a tiny two roomed miners cottage at 2 Middle Row, Broomhill.

Her oldest son Harry, aged 6, was staying with Isabel’s parents John and Isabella Luke in nearby Hadston Row, Broomhill.

Isabel and her three children boarded the passenger ship “Gothic” in London bound for Australia, arriving in Melbourne on 3 December 1911.

Isabel’s sister, Mildred Luke also came on the voyage to help her sister look after the three young children.

Two boys were born to the couple in Wonthaggi – John and Ed.

George worked in the coal mine off and on for about 13 long years, living in Dudley on the outskirts of Wonthaggi.

In August 1926 George was working in the Wonthaggi Coal mine when he was crushed by falling stone, breaking both legs and injuring his back severely.

In 1937 the family moved to 33 Derby Street, Northcote, and George is listed as a cleaner. 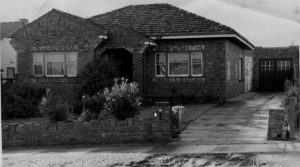 In 1942 the family were living at 117 St George’s Rd, Northcote and in 1951 they moved to 33 Yongala Street in Balwyn and George worked as a cleaner for the National Cash Register Company until his retirement.

She was  buried in the Springvale Cemetery on October 14. Her headstone plaque can be found in Melaleuca, Garden M13, Bed 3, Rose 10.

Buried with her in the same area are her husband George in 1954, her daughter Lilian in 1972, and her son Henry (Harry) and his wife Frances both in 1993.