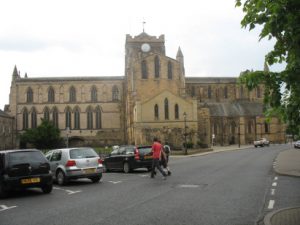 Andrew Jemson / Jamison was born in October 1798 in Hexham, Northumberland. he was baptised on 14 October 1798 at the parish church St Andrews, Hexham.

He was the son of  31 year old mother Mary Jemson / Jameson, with no father listed on the baptism record. 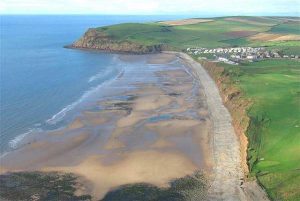 She was baptised there on 14 October 1803. Matthew was an iron ore miner and pitman.

Andrew and Priscilla had eight children –

CHIRTON, a township in Tynemouth parish, Northumberland; on the river Tyne and the North Shields railway, ¾ of a mile W of North Shields. It has a post office under North Shields. Acres, 1, 730. Pop., 5, 544. Houses, 1, 047. There were extensive collieries here; but they have been worked out. (1870 Imperial Gazetteer of England and Wales)

Andrew made his living as a tailor, and appears in the trade directories for Chirton over many years including 1834, 1847,

In 1841 the family were living in Middle Chirton, and Andrew was a tailor. He is listed with his wife Priscilla and their children Mary, Matthew, Thomas, Hannah and Priscilla. 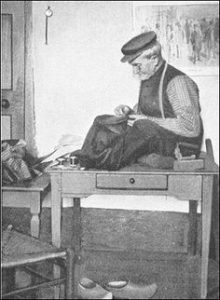 Ten years later in 1851 Andrew and Priscilla were still living in Chirton, North Shields and had seven children living with them.

The oldest daughter Mary was not living at home, she was out working as a domestic servant with the Spence family.

In 1861 the family were living in Chirton village, with only three unmarried sons Thomas a brass founder, William a blacksmith, and Andrew Sand Mill labourer.

Andrew Jemson died on 7 January 1864 in Chirton due to heart disease. His occupation was given as master tailor, by his son Matthew. He was 65 years old. He is buried in the Tynemouth General cemetery.

Priscilla Jemson died in Chirton on 29 March 1870 of cancer aged 66 years. She is also buried in the Tynemouth General cemetery.