John Rawbone was born in Drayton, Oxfordshire, around 1690 to unknown parents.

It is believed that John had a brother Thomas Rawbone who married an Elizabeth. Their child John was baptised on 2 March 1721 in Drayton, Oxfordshire.

Drayton, is a parish in the Banbury district of Oxford and is near the Oxford canal, and is two miles north west of Banbury.  In 1870 the population was 186, in 47 houses. 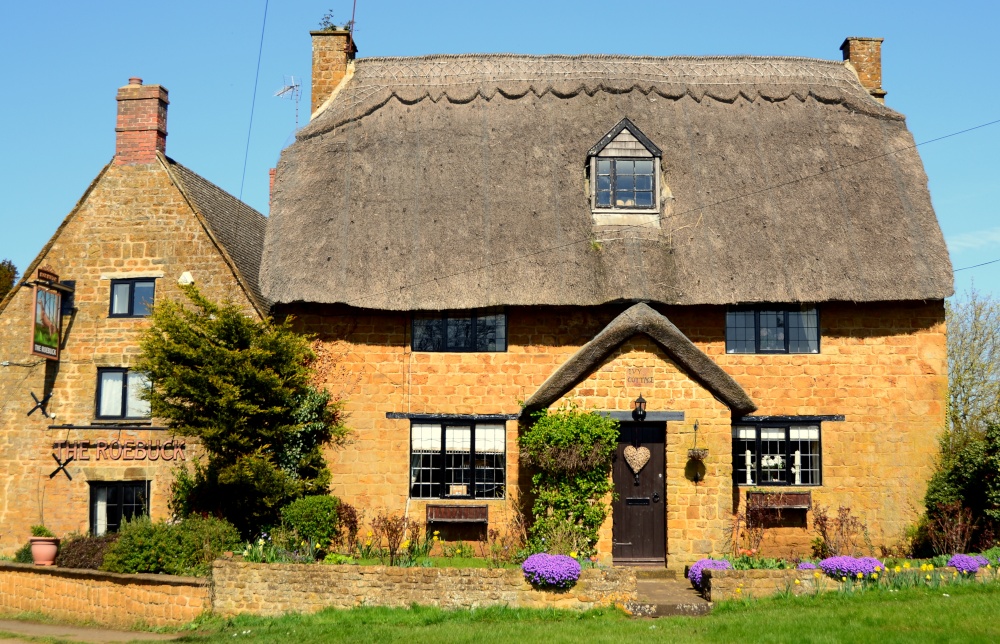 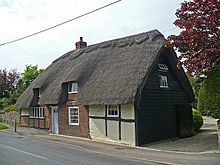 John and Elizabeth lived in the tiny village of Drayton their whole lives and their six children were baptised at St Andrews, Drayton –

In 1760, after an outbreak of smallpox in the town of Aylesbury, the town was innoculated against the disease, and the following newspaper advertisement was placed in the Oxford Journal i the hope of ‘removing the apprehensions’ of the townsfolk. Rev John Rawbone, and possibly his nephew John Rawbone signed their names. 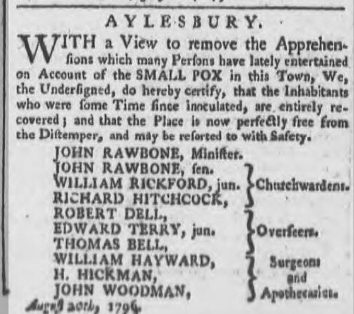 The Winslow History website also states that when Winslow was enclosed under an Act passed in 1766,  there was land allotted to the Rev. John Rawbone, Vicar, certain old enclosures in New Mill Field containing 39 acres and for a compensation for all tithes of wool and lamb–open field land, and all other vicarial or small Tithes  he was awarded three lots or parcels of land containing a total of 54a. 3r. 29p from which 3 acres were afterwards deducted for fences, as compensation for the loss of Common rights. He could then use this to fund the poor of the parish. 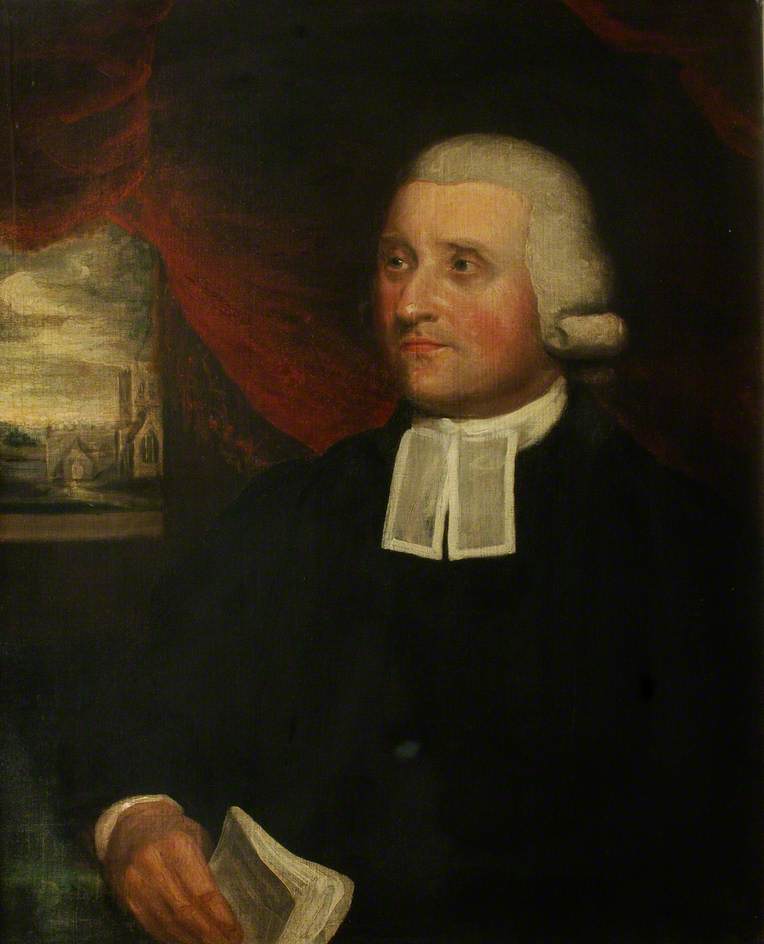 John’s grandson, the Rev John Rawbone, by his son William had his portrait painted in oils.

Rev John was born in 1743 in Winslow, and was the Vice Principal of St Mary Hall, Oriel College at Oxford University from 1775 to 1787.

The portrait was described as –
“Rev John Rawbone 1743, entered Magdalen Hall ; Chaplain, Magdalen College ; Vice-Principal St. Mary Hall, 1787 ; D.D. 1804 ; d. 1825. Half length, seated facing the spectator, the head turned 3/4; grey wig curled over ears ; clean-shaven face ; neckcloth and bands ; black gown ; his r. hand holds a pamphlet ; red curtain background ; view of church and buildings. Canvas 29 x 24^ in. A copy of this portrait was in the possession of the daughter of the subject in 1857.”

There is a plaque in the church of St Mary the Virgin at Buckland, Buckinghamshire in memory of this Rev John, and also of his son the Rev Charles Bertie Rawbone who died in 1928. More information about the family here on the Buckland Living History website.

Sometimes the Rawbone family used the surname Rathbone. At least seven members of my Rawbone family, all related over three generations were Church of England Vicars and they are mentioned in the Oxford University Alumni Members List 1715-1886 here – 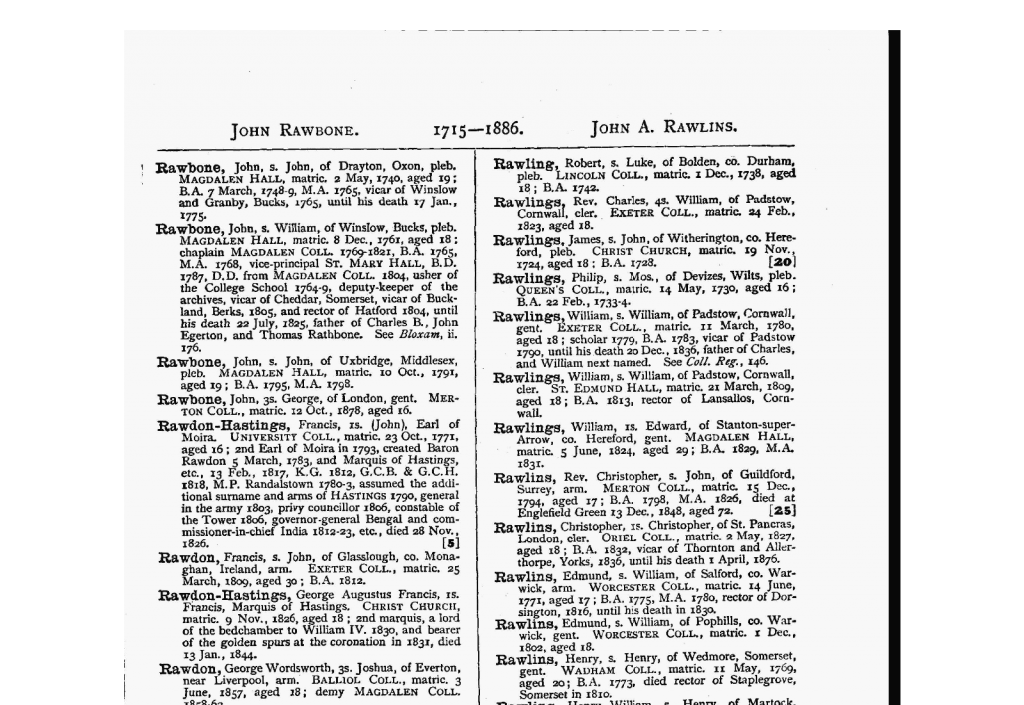 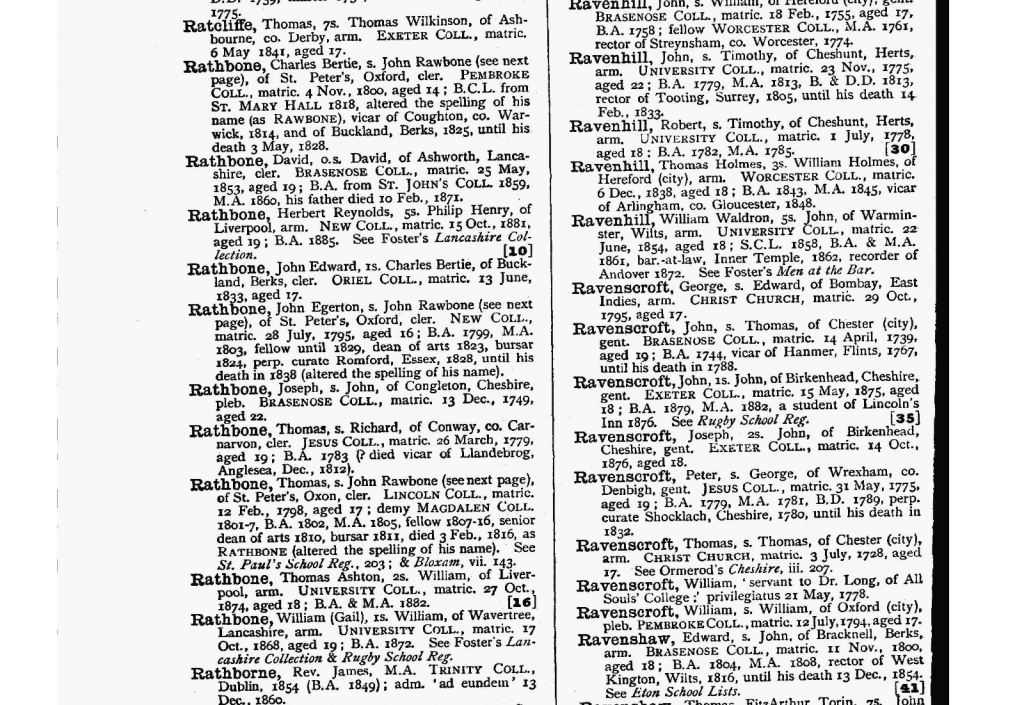 I haven’t been able to find the burial of John Rawbone, but his wife Elizabeth, was buried on 5 Dec 1744 at St Peters in Drayton. Fortunately the register advises this was indeed Elizabeth the wife of John. It doesn’t mention that she is a widow, as many other entries do, so it seems likely her husband John died after her. 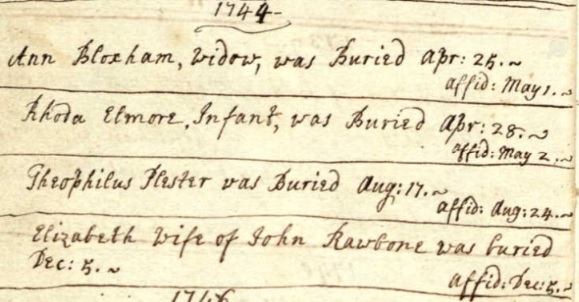 I searched the beautifully written register right up to 1805, but no other Rawbone entries are to be found. 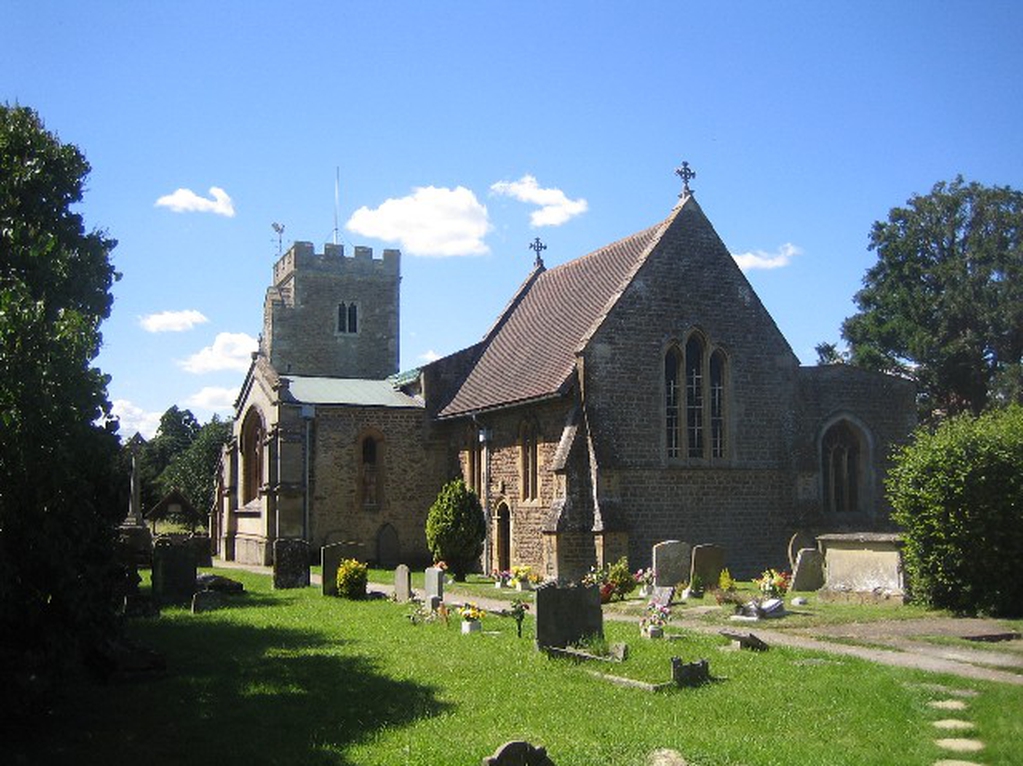