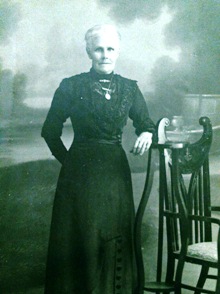 Harriett Maria White was born on 18 Nov 1854 in Simpsons Road, Richmond, to parents Richard White and Emma Smith. Richard & Emma had arrived in Australia from Oxfordshire, England aboard the immigrant passenger ship “Mahomed Shah” in 1848.

Harriett was baptised at St Peters, Eastern Hill, Melbourne on 8 Dec 1854 as a six year old child. The family was listed as living at Richmond Flat, and father Richard’s occupation was given as a labourer. 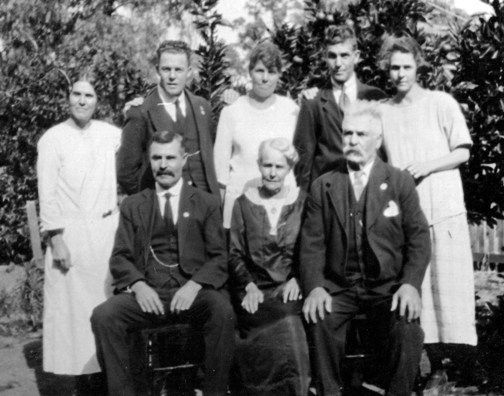 Two sons Herbert and George went to war, and the other son Percy was a policeman (reserved occupation) in Melbourne and Williamstown.

The family lived in Cranbourne for a number of years, before moving to Tulip Street, Violet Town in 1882.

Harriett was very active in the local Anglican church, and was a founding member of the Church of England Ladies Guild in Violet Town. She also worked hard to provide articles of clothing for the soldiers in the war.

Harriett died on 21 February 1949 in Violet Town aged 92 years. The cause of death given was old age.

In her will she leaves her gold cross pendant to daughter Annie (Peacock), and her gold locket to daughter Katie (Jackson). The rest of her estate was to be divided between her five children.

She is buried in the Violet Town Cemetery with her husband William who died in 1938. 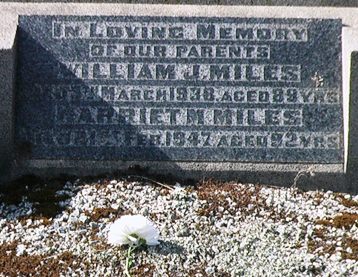