Robert Voute was born around 1557 in Norfolk, England. He was the son of Robert Voute (senior), who was born in France around 1523.

Robert’s occupation was a cordwainer (shoemaker).

Robert married around the age of 21 years in 1578 to an unknown woman and had two children before her death.

Robert’s wife died, and he remarried at the age of 52 on 9 April 1610 at St Peter Mancroft, Norwich to Susan Reyners. Susan was described on the parish register as a singlewoman of Smallborough.

It appears they then moved 12 miles northeast to the small village of Smallburgh where they had their first child baptised.

Robert and Susan had six children, and Susan is mentioned as the mother on their baptism records-

Smallburgh is 10 miles east of Marsham in Norfolk. Smallburgh’s population in 1861 was 559, 93 of whom were in the local Tunstead workhouse. 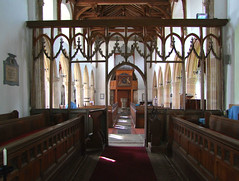 It seems the family moved to Marsham between 1611 and 1615. Marsham is a small village situation 10 miles north of Norwich, and in 1831 the population was 624. The village inhabitants worked in handweaving, and later in the manufacture of worsted and bombazine fabrics. Marsham is called ‘Marsam’ in the Domesday Book of 1086. This Old English name means ‘homestead or village by the marsh’.

The family moved again, this time to Aylsham, two miles north of Marsham where Robert carried out his business of shoemaking. 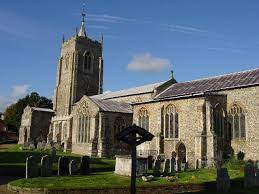 Robert Voute died in 1642 at Aylsham in Norfolk and his will was written two years before his death in 1640. His will stated he was Robert Vowte, the elder, of Aylesham, cordwainer. He left bequests to his wife Susan and his son Robert.

Susan Voute died in January 1654 in Aylsham, and was buried there on 5 Jan 1654 and described on the burial register as the mother of Robert Voute.