Joseph, the brother of Dr Samson Davis, was born on 3 May 1807 at Whitechapel, London, England to parents Samuel Samson Davis and Betty Holbrook.  Like his siblings, he was baptised at the church of St Botolph, Aldgate.

Admission into the London Gunmakers Company in 1845

Joseph was a gunsmith in Aldgate in the East End of London. Like his father, he also worked at the Tower of London and was contracted to supply military muskets and gunlocks to the Board of Ordnance, a British Government body that was the supplier of munitions and equipment to both the Army and Navy.

The Board lasted until 1855, at which point (tarnished by poor performance in supplying the Army in Crimea) it was disbanded.

Joseph was 25 years of age when his father died in 1832, the oldest living child. 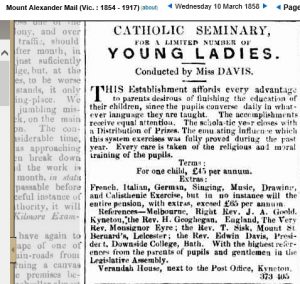 1.  Elizabeth born 1831 Prescott St, London, and baptised at St Mary Whitechapel. After immigrating to Australia in 1852 aboard the “Gloriana”, she opened a Prepatory School for Young Boys in Kyneton in 1856. She then ran a Seminary for Young Ladies in 1858 there.

By 1867 she was in Castlemaine running a Ladies School in Doveton Street. She died in 1910 in Castlemaine aged 78, and is buried in the Bendigo Cemetery. 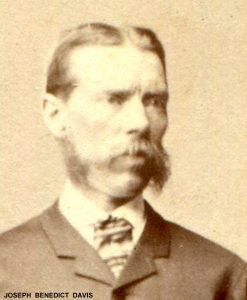 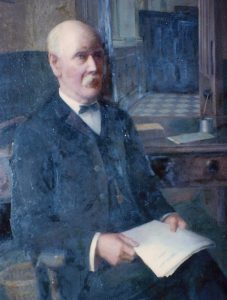 5. William born1840 Goodmans Fields, Whitechapel, London and baptised at the age of 10 at St Mary Whitechapel the same day as his brother Alfred. At the age of 12 William immigrated to Australia in 1852 with his family and lived in Castlemaine, where he joined the Colonial Bank as a clerk in 1860. In 1864 he was appointed bank manager at Kilmore, where he married his wife Ellen Hayes in 1867. William and Ellen had seven children – Mary 1869, George Albert 1870-1923, William 1871-1923, Charles 1872-1923, Ellen 1874-1876, Lilian 1878-1958 and Arthur 1884-1901. His father Joseph wrote letters to William while he was living in Kilmore, advising him that Edward (Samson’s son) was living with Joseph in Castlemaine in 1870. William was honorary treasurer of the Bendigo Art Gallery 1888-1904 and President from 1904-1906. There is a portrait of him painted by Ms Shiress held in the Basement of the Bendigo Art Gallery today.  He died at his residence “Corona” in Graham Street, Quarry Hill, Bendigo in 1907 and is buried in the Bendigo Cemetery with his wife Ellen. 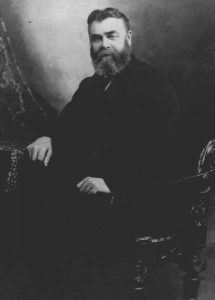 Some London addresses for Joseph and his family –

Davis, Joseph. Appointed among the new or extra contractors, Jul 1840. First payment Sep 1840. last payment Jan 1851, included in EICo’s last (cancelled) order, May 1851. Suddenly immigrated to Australia ca Aug 1852, it is said as a consequence of a minor scandal involving the well-intentioned falsifying of Ordnance accounts by Francis George Lovell, the Government’s Assistant Inspector of Small Arms (who was the son of George Lovell, the Inspector of Small Arms). No replacement appointed, Davis’s percentage of nipples and locks being shared out among existing contractors instead. One of the few London lockmakers. Initial share was about 22% of extra orders for locks. Col Bonner after his tour of inspection in 1842 reported that Davis was an ‘Actual Manufacturer of Locks on a very efficient scale’, was then granted a regular share consisting of 13% of locks, also supplied about 13$ of nipples from 1843. Later known to have been sub-contracting some of his work to Richard Turner of Wolverhampton. Address 1852 ‘9 Chamber Street Goodman’s Fields’ London.

Register of persons admitted into the freedom of the Company of Gunmakers of London. Page 51, 1845 27 March – Joseph Davis  Admitted into the Freedom of this company by Redemption (payment)  – Records of the Gunmakers Company elected on the Livery, Guildhall Library, London

Joseph and his family departed England on 14 August 1852 and arrived in Port Phillip Bay, Melbourne on 6 Nov 1852 on the sailing ship the “Marlborough” as an unassisted passenger.

It appears he headed straight for the Bendigo goldfields, and purchased land soon after in Castlemaine.

On 15 July 1856 the Castlemaine Council carried a motion that “the Office of Inspector of Weights and Measures and Inspector of Nuisances be filled by one Officer to receive the sum of £150 per annum.”  On 29 July the 16 applications for this office were opened and considered by the Council, and a ballot of Councillors present resulted in the selection of Joseph Davis as Castlemaine’s first Inspector of Nuisances.

Within three weeks of his appointment Mr Davis applied  “for the employment of a labourer in keeping certain Nuisances cleared away”.  This was approved, following one Councillor’s objections to public monies being spent this way, and to men being employed except under tender and contract.

Some of the issues which Inspector Davis brought to the Council’s attention as “nuisances” were:

I suppose today the Council would call Mr Davis and his successors “environmental services officers”, and outsource the function to a firm of “environmental management consultants” where each employee, oops, “customer service officer” would be expected to achieve performance targets in Key Result Areas.  A far cry from Mr Davis and his labourer walking the streets and talking to the townspeople in those far off chaotic days.  But I’m sure that our air, water and earth are much less foul, smelly and unhealthy.

Mr Joseph Davis is an unsung hero of early Castlemaine.   Formerly a gunsmith, he was elected to the first Council (aged 48, the oldest of the 7 Councillors) but resigned 5 months later “on the ground that he could not attend to his duties as a Member without sacrificing his private obligations”.  In his short term of office he drafted the first set of Bylaws, drafted a successful Petition for government funding for public works, proposed co-operation with municipalities of other goldfields towns, proposed that the District Surveyor draw up a plan for the drainage and levels of the streets, drafted a petition to ensure the proposed railway line to the Murray River passed through Castlemaine, drafted a petition for the completion of the main road (Forest Street), and made the first proposal for a Botanical Gardens for the town.  At various times he was Inspector, Rate Assessor and Rate Collector, and in January 1860 was appointed as Town Clerk, a position he held for 13 years until blindness forced his resignation.

In 8 Jun 1867 he married Sylvia Hodges, sister to his first wife Eliza, at St James Church, Melbourne. Surprising he married down in Melbourne….

The Deceased Wife’s Sister’s Marriage Act in Australia of 1870 might have had something to do with this situation. Before then it was illegal for a man to marry the sister of his deceased wife. This was unfortunate, as when a woman with young children died (as was often the case in times of poor hygiene and obstetric care), it was natural for one of her unmarried sisters to help with the children, and often a relationship between the widowed father his sister in law would develop.

The couple would then have to either move to an area they were not known, and could therefore marry illegally (as Joseph & Sylvia have done), or live as a family without marrying. The law wasn’t changed until 1870 allowing these type of couples to marry.

Joseph and Sylvia appear to have skipped off to St James Church in Melbourne on the 8th June 1867 to marry, perhaps avoiding any questions that they would have faced back home in Bendigo. Joseph gave his occupation as an accountant (he was Town Clerk of Castlemaine at this stage) and his address as William Street, Melbourne, and Sylvia gave hers as Carlton. Obviously no one questioned their made up addresses, and the marriage witnesses were also unknown people (I wonder if they were dragged in off the street to witness the illegal marriage?).

Joseph died on 1 Feb 1884 at Quarry Hill, Sandhurst, in suspicious circumstances at age 76.  He was buried on 2 Feb 1884 at Bendigo Cemetery, VIC, AUSTRALIA.

An obituary for Joseph appeared in the book “The Great Majority, Obituaries of the Forest Creek Pioneers from the Mount Alexander Mail Pt 1 1855-1885” by Pauline Myers. His obituary stated that he –