A cartwright at work making a wagon wheel

Thomas Dennis was born in 1785 in Nether Silton, Yorkshire as the third and final child of Robert Dennis and Mary Swales.

Thomas was baptised on 20 September 1785 at the Leake parish church.

Being the third son, perhaps there wasn’t enough farming work on his father’s small farm,  so at the age of 15 he can be found working as a Carpenter and Wheelwright in 1800 in Nether Silton, Yorkshire, England.

At the young age of just 17, he married 21 year old Esther Mitchell,daughter of Bartholomew Mitchell and Esther Burton, on 12 Jul 1802 in Knayton, near Leake. Esther was one of three children born to the couple, having two younger brothers Phillip b 1785 and Bartholomew b 1790.

Bartholomew Mitchell farmed 15 acres of land on the Nether Silton Moor according to the 1796 Enclosure Map of the area. (top left of picture below) 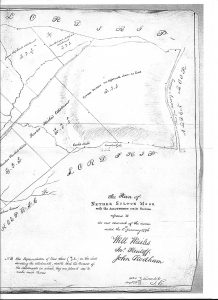 Thomas Dennis and Esther Mitchell had the following nine children:

It seems the family moved from Nether Silton to Osmotherley between 1804 and 1807. 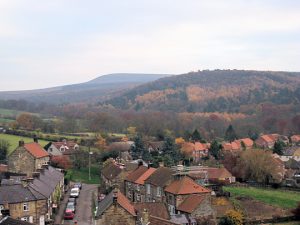 The following appeared in the local newspaper in 1820 – 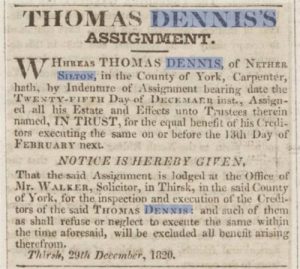 Unfortunately the following year, Thomas’s wife Esther died in 1821 leaving Thomas to raise the six surviving children on his own.

Thomas’s father in law Bartholomew Mitchell is also listed as a Cartright (below his entry). and his father Robert also appears as a farmer on the same page. 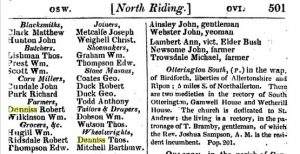 It appears Thomas fell on hard times, and in 1824 he ended up in the Insolvent Debtors Court.

Thomas was a carpenter and cartwright in Lane End, Osmotherley. Eight years later, when he was 44, he married Mary Lee on 27 Jun 1829 in Osmotherley. Mary was born in Leake, Yorkshire in 1794, daughter of Thomas and Lucy Lee of Borrowby (1.5 miles away). 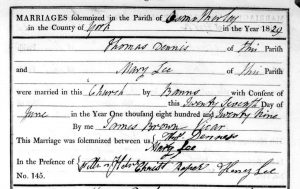 In 1840 in Kepwick and Over Silton, Yorkshire, England Thomas was employed as a Cartwright and Joiner – (Whites Directory 1840, also Bulmers Directory).

In 1841 he lived in Osmotherley at South End, near Clack Farm, his occupation was given as  a carpenter with wife Mary, and children Robert and Sarah both aged 9 (1841 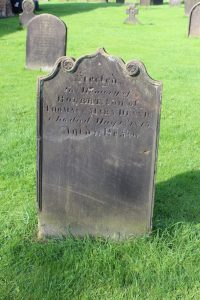 Erected in memory of Robert son of Thomas and Mary Dennis who died May 1st 1813 aged 11 years.

A tithe was an ancient custom by which a tenth of a farmer’s yearly produce was given to support the local church and its clergy. In principle, payments were paid in kind, ie every tenth bushel of wheat, every tenth fleece of wool was to be paid to the parish. Tithing became increasingly unpopular as it unfairly penalised farmers in rural areas because manufactured goods produced by the growing urban population of Britain were not subject to tithes.

In the early 1830s widespread agricultural depression lead to tithes becoming the focus of rural unrest and in 1836 Parliament passed the Tithe Commutation Act. This aimed to replace all remaining tithes in kind in England and Wales by more convenient monetary payments. These payments were called tithe rentcharge and were to be paid by all parishoners in proportion to the amount of land they held. It was therefore necessary to survey all the land in each parish in order to determine the rentcharge to be paid by every individual. 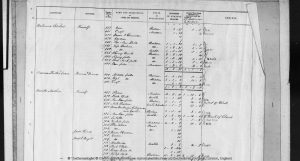 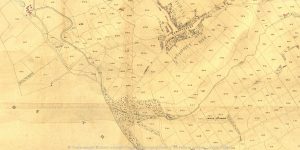 Thomas He died on 11 Oct 1848 in Osmotherley, Yorkshire. His death appeared in the local newspaper “Yorkshire Gazette” on 21 October –

His wife Mary Dennis died in March 1867, her death notice also appearing in the York Gazette. She is also buried in Osmotherley.