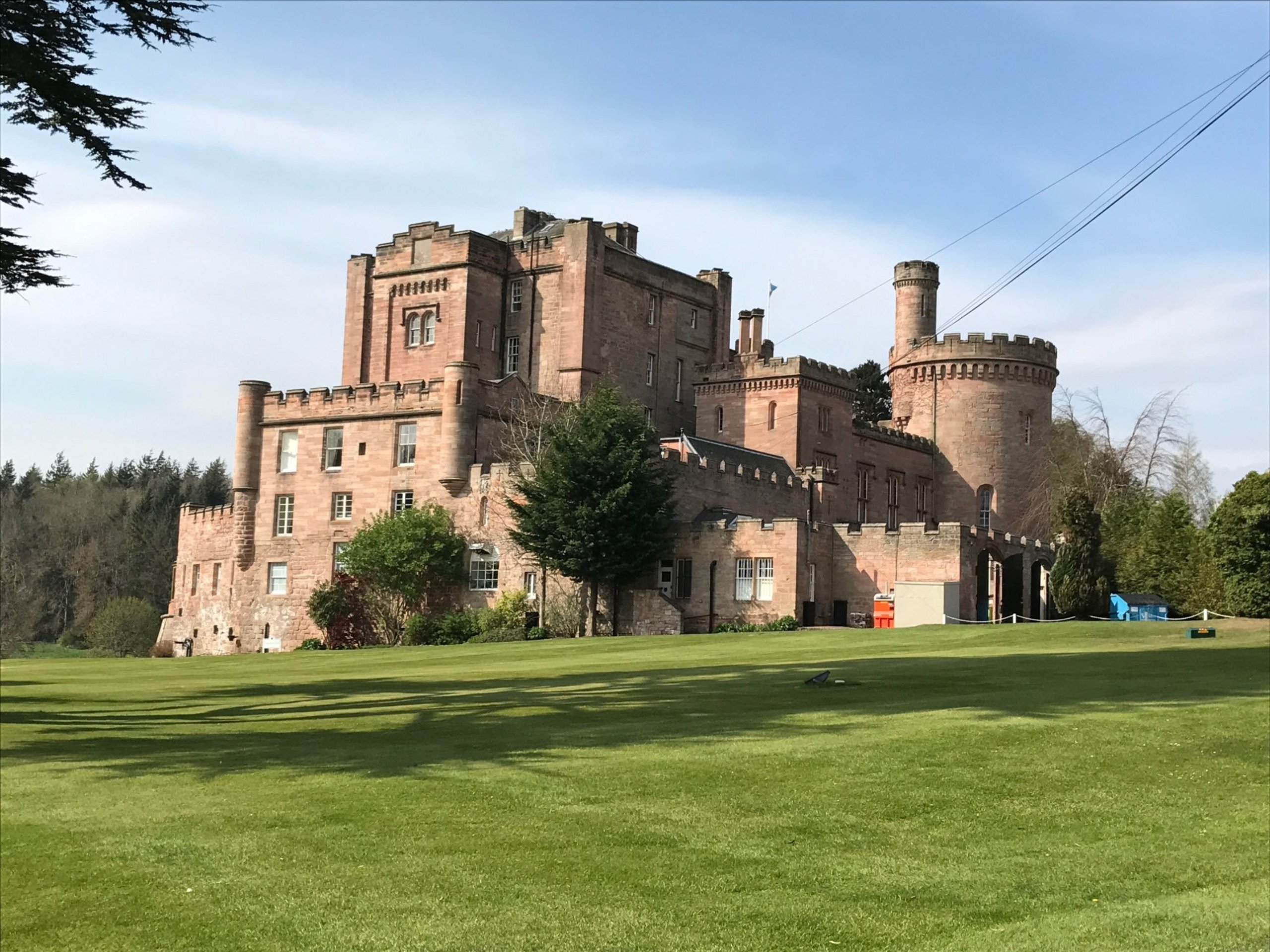 Robert Cranston Robson was born in 1812 in Dalhousie, near Edinburgh, Scotland, according to his death certificate and the 1851 census record.

I believe he may have been the son of George Robson and his wife Isabella.

At the age of about 28 Robert married Jean Main on 4 July 1840 at the Presbyterian Church in  Kilmaronock, Dunbartonshire, Scotland.

Kilmaronock parish lies across the foot of Loch Lomond. In 1882 the population was 927.

Jean was baptised on 7 November 1819 in New Monkland, Lanarkshire, Scotland.

Robert and Jean had six children –

In the 1841 Census, taken on 6 June, Robert aged 25 and Jean aged 20 appear living in Aber Street, Kilmaronock with a two week old baby Agnes. Living with them is 20 year old Agnes Macnab.

Robert’s occupation is given as a land factor. In Scotland this was a steward that collected land rents. Probably not a popular man in the village? 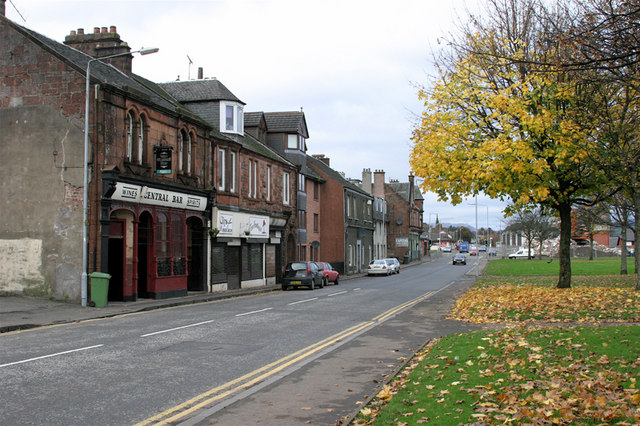 By 1851 the family is living in nearby Renton, Cardross, Dunbartonshire in Dalquhurn Cottage.

Robert and Jean now have four children living with them, and Robert is still working as a landfactor.

You can read about the village of Renton here.

The following year the family made the huge decision to emigrate to the other side of the world and they arrived in Port Phillip Bay in Melbourne, Victoria, Australia in October 1852 aboard the passenger ship ‘Montgomery’.

The ‘Montgomery’ set sail with 200 emigrants bound for Melbourne from the port of Greenock in Scotland in June 1852.

The Highland and Island Emigration Society of Scotland was a charitable society formed to promote and assist emigration as a solution to the Highland Potato Famine. 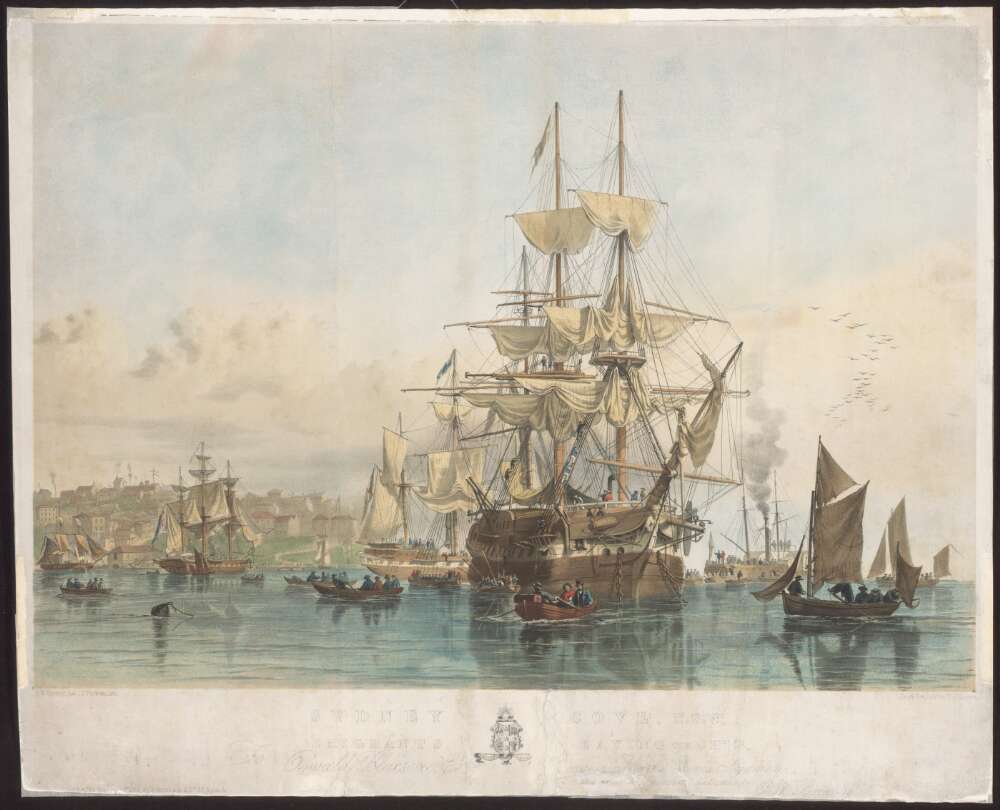 Between 1852 and 1857, it assisted the passage of around 5,000 emigrants from Scotland to Australia. The Society’s work was both praised for providing a solution to the famine in Scotland, and criticised for providing landlords with an easy mechanism for the Highland Clearances.

The deaths from starvation were so high that, in 1848–1849, the government delivered shipments of oatmeal to locations along the western coast to give to starving families. Australia was chosen because the Highlanders’ experience as shepherds and cattle drovers would be valued there. The pressure for emigration to Australia was eased by improved economic conditions in Scotland after 1854 and a decrease in the demand for labor in Australia. Wikipedia.

Two years after their arrival into Melbourne Robert and his family were living in the tiny hamlet of Greenhill, Upper Plenty / Yan Yean 50 kms north of Melbourne. Robert appears in the Argus  newspaper twice over the next couple of years – in 1854 when he placed an advertisement for a stolen mare, and in August 1855 selling dairy cows.

In 1856 Robert was nominated for election in the Division of Whittlesea. Later that year he is advertising his farm produce for sale – wheat, hay, oats, barley, potatoes, pigs and cows, so it seems his farm was quite productive.

Robert also appears in the Australian Electoral Rolls for 1856 in the Whittlesea Division, described as living on a leasehold in Yan Yean.

In May 1859 he is listed as the judge of the Whittlesea branch of the Victorian Agricultural Society Ploughing Competition, and the same year can be seen advertising for a governess.

Robert Robson died in a tragic accident after being thrown from a horse on the Yan Yean Tramway.

The tramway ran alongside the pipe track from Yan Yean reservoir to Carlton Gardens, and was mixed wood and iron rails and was worked by teams of horses. It was built to carry pipes and other material from Melbourne to the site of the first water storage reservoir to serve the city. It appears it was abandoned by 1866 when investigated as a route for the railway to be constructed to the North-East.

Robert was killed, an inquest was held into his death. He was buried in the Yan Yean Cemetery with the service being conducted by a Presbyterian Minister.

His wife Jean was then left with six children to raise, the youngest Jean just two years old. George is now 16 years old. 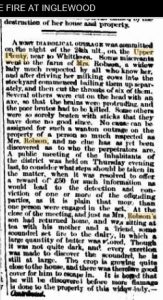 Malicious damage and fire at the Robsons property

Tragedy struck the family again, three years after the death of Robert, when  on the 24th November 1862 there was a fire at the farm at the well respected widow Mrs Robson’s property.

It seems someone walked her milking cows into the stockyard, bailed them in their stalls, and took an axe to their heads in a violent manner. Several also had their throats cut.

The townsfolk held a meeting in early December and offered up a reward of 50 pounds for the apprehension of the culprit.

And then while Mrs Robson and her son William had just returned home from the public meeting and were eating their tea, someone set their dairy alight.

It seems someone really had it in for the family. Unfortunately no-one appears to have ever been found and charged for the offence.

Soon after his death a notice appeared in the newspaper widowed Jean advertised a team of working bullocks for sale at the Greenhill property.

Roberts will was probated in 1859 – Robert Cranston Robson, farmer of South Morang. 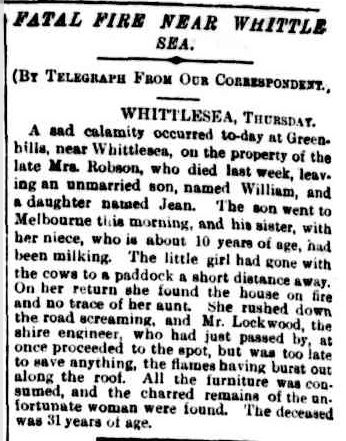 Jean died of heart disease, but only one week later her daughter Jean aged 31 years died in another fire at the property.

It seems fire was a real danger for this family.

Jean senior was buried with her husband in the Yan Yean / Whittlesea Cemetery on 3 May 1888, and her daughter the week after.

There is no headstone.