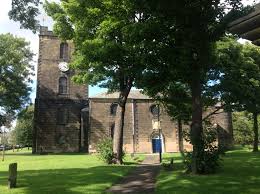 He was baptised on 17 April 1785 at Christchurch, Tynemouth, Northumberland, the eldest of 11 children born to the couple.

Robert, like his father was also a master mariner. This refers to a  licensed mariner who holds the highest grade of seafarer qualification; namely, an unlimited master’s license. There are no limits on the tonnage, power, or geographic location of the vessel that the holder of the license is allowed to serve upon.

A master mariner would therefore be allowed to serve as the master of a merchant ship of any size, of any type, operating anywhere in the world, and it reflects the highest level of professional qualification amongst mariners and deck officers.

Robert’s Merchant Navy Ticket No was 12041, birthplace given as North Shields.

On 18 August 1817 at the age of 32 Robert married Catherine Aynsley at Christchurch, Tynemouth by banns. The witnesses were John Melvan and James Pye.

Catherine Aynsley was born in 1788 and baptised on 24 December 1788 at St Andrews, Hartburn, a village 8 miles from Tynemouth. She was the daughter of Robert Aynsley and Mary Whelance. She was one of six children born to the couple.

Robert and Catherine Forster had six children – 1 girl, 1 boy that died as a baby, and 4 boys all of whom served in the Merchant Navy. 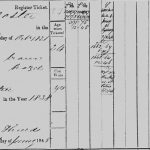 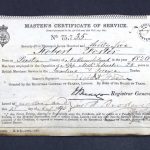 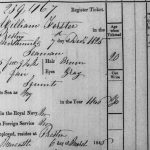 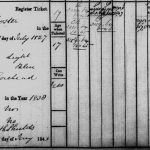 On the 1881 census,  “Norval” passenger lists for 1881, four of the same family members are sailing together – two of the brothers’s above including Robert aged 60 (the captain) and Thomas aged 53 (mate). Also aboard is Thomas’s son Thomas (cook and seaman) aged 24, and Timothy Dyer (able seaman) the husband of Mary Catherine (Thomas and Barbara’s daughter).

Sadly Robert’s wife Catherine died in childbirth with their last son Nicholas in July 1830. She was buried, aged 42 at Christ Church, Tynemouth.

Robert only lived for one more year and died on 14 June 1831 at Preston, North Shields. He was buried at Christchurch, Tynemouth, where he was baptised, aged 46.