John was baptised on 28 April 1793 at St Mary the Virgin, Witney, Oxfordshire.

He was the firstborn of five children born to the couple.

Witney is a historic market town, 12 miles west of the University town of Oxford.

Witney has been famous for its woollen blankets since the Middle Ages. The water for the production of these blankets is drawn from the River Windrush, which was believed to be the secret of Witney’s high-quality blankets. 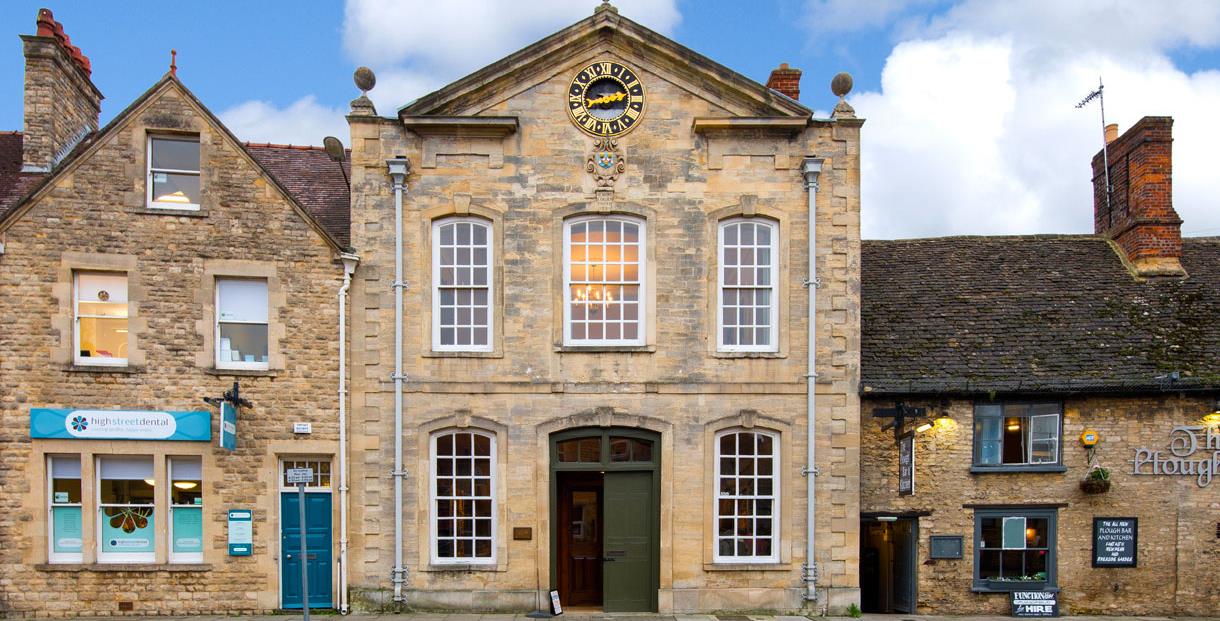 Mops were also traditionally made by the blanket manufacturers, at one time every ship in the Royal Navy had Witney mops aboard.

The Blanket Hall in High Street was built in 1721 for weighing and measuring blankets.

John’s brother’s Thomas and Edward were baptised in Bampton, Oxfordshire, 6 miles south of Witney. Their mother Rachel was from Clanfield, 2 miles from Bampton.

For some reason the family made the decision to leave Bampton and Witney and move 70 miles east across Oxfordshire to the town of Kennington, in Surrey.

From tax records the family were living in Kennington, Lambeth Surrey in 1804 and 1810. 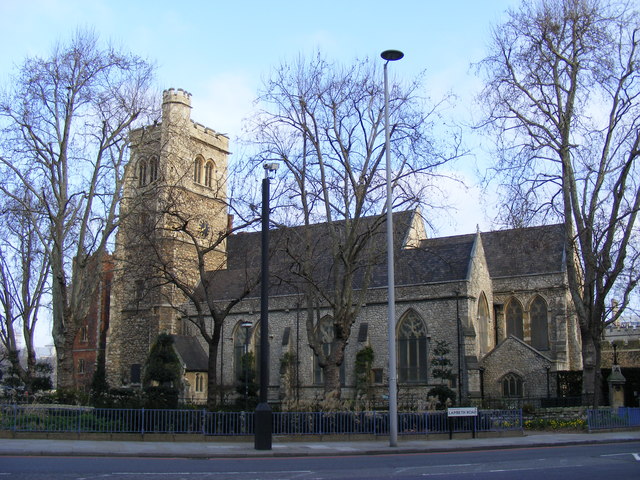 John met his first wife Mary Moss in Lambeth, and married her on 14 July 1812 at St Mary’s Lambeth when he was just 19 and she was 17 years of age.

They were both of the parish of St Mary, Lambeth. Witnesses were Francis Wyatt and James L Gawler.

Unfortunately Mary died just four years later in Kennington, at the age of 21, possibly in childbirth, in 1816. She was buried at St Marys, Lambeth on 16 September 1816. 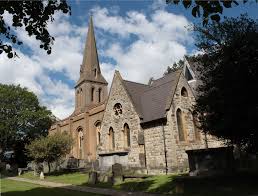 John married again, 8 years later at the age of 27, on 28 May 1820 at St Leonard, Streatham in Lambeth, Surrey to 33 year old spinster Sarah Fisher. He stated he was a widower.

She was baptised on 2 February 1787 at St Pauls Deptford, Kent, one of five children.

John and Sarah had five children together –

John and Sarah lived firstly in Brixton, and then between 1825 and 1828 they moved to East Dulwich. 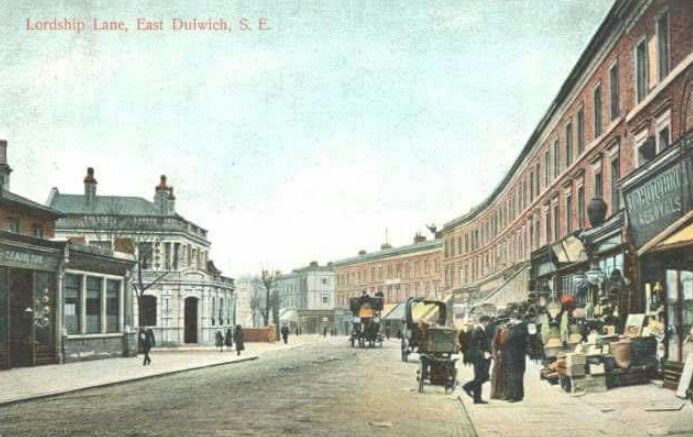 In the 1841 census John and four of his children are living at Bailey Grove in East Dulwich, Camberwell and John is working as a gardener. Their son Joseph died as a baby.

The area of Bailey Grove was a wealthy one, requiring skilled gardeners, to manage the extensive gardens required by the merchants and gentleman that lived there.

Ten years later in 1851, John and Sarah and two of their children, Matilda aged 15 and William aged 22 are still living in Bailey Grove, East Dulwich. John now has William also working with him as a gardener. Living all around them are gardeners and their families.

In 1851 Dulwich’s population was recorded at 1,632 and in 1863 the London, Chatham and Dover Railway was built. In 1868 East Dulwich railway station opened as Champion Hill Station, in the same year the Old village green is bought for public use. In 1871 Lordship Lane station was built near modern day Dulwich Wood. 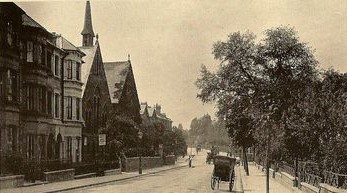 Sadly John’s second wife Sarah Wyatt died in May 1853 aged 66 at East Dulwich Grove, and was buried on 2 June 1853 at St Giles, Camberwell.

The following year at the age of 61, John married for the third time to Elizabeth Packer Miles. They married by banns on 13 July 1854 at St George, Camberwell, Surrey.

John gave his occupation as a gardener, and residence at the time of his marriage as Commercial Road. He stated his father was John Wyatt, also a gardener. Elizabeth was a spinster, and stated her father was Robert Selby Miles, a millstone maker. Witnesses to the marriage were William Howard and Eliza Farmer. They both signed their names. 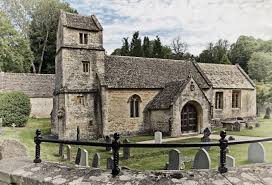 Elizabeth was baptised with her sister Elenor Selby Miles on 3 July 1825 at Bagendon, Gloucestershire. On the baptism record their father Robert is recorded as a Miller of Bagendon.

John and Elizabeth had two children before Elizabeth died in childbirth –

So by 1861, John now aged 67 had outlasted three wives, and was living with older daughter Matilda, and his youngest remaining child Jane aged just five. His occupation is now described as a under-gardener. They are living at Star Cottage possibly working for Mr Thomas Dunn, an accountant and his family living next door also in Star Cottage.

Next door to Star Cottage is Dulwich Grove School. 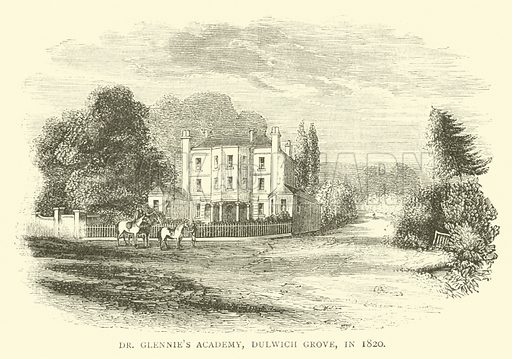 By the 1871 census, John, is a widower living at Star Cottage with his unmarried daughter Matilda, a laundress, in East Dulwich Grove. Star Cottage is next door to the parsonage of

This time his occupation is described a jobbing gardener, someone who does small pieces of work for different people.

Between 1871-1881 over 5,000 houses were built in East Dulwich as the small hamlet became part of the rapidly expanding London suburbs. 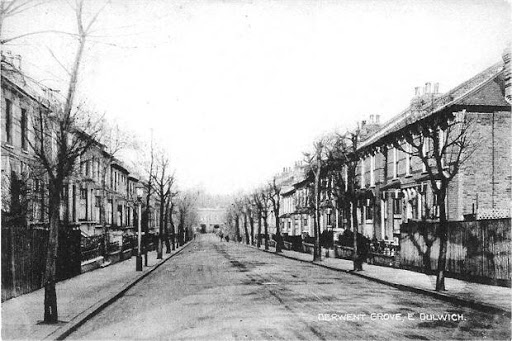 The Upper Middle class migrated to the area building ‘Villas‘ (large houses with bespoke gardens) nearby, many of which had tennis courts.

Sadly John’s life came to an untimely end, as the inquest into his death paints a tragic picture. John Wyatt died in January 1873 in Streatham, Surrey.

The Croydon Advertiser Newspaper of February 1873 described his demise as death by exposure after falling into a ditch crossing a field in Green Lane, Streatham, near Norbury Farm. 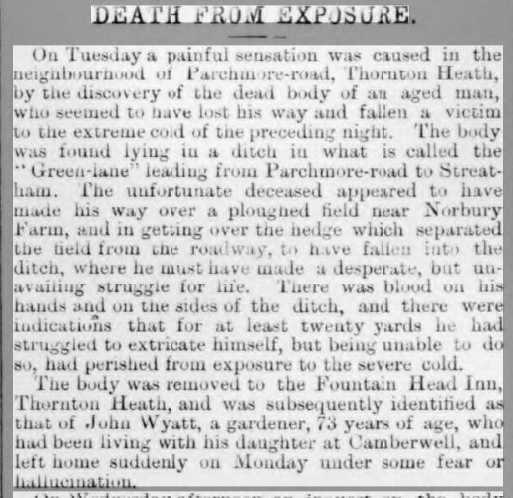 The deceased was identified as John Wyatt, a gardener who lived with his daughter Matilda in Camberwell.

Perhaps 80 year old John had dementia and had wandered away from home?

He was buried at St James, Croydon in Surrey on 1 February 1873.

His daughter Matilda remained a spinster all her life, as she  continued to care for her step sister Jane and then lived with her after Jane married a soldier in the Royal Artillery in 1880, until her death in 1912.