Peter Wyatt senior, was born around 1695 in Charlbury, Oxfordshire, England. 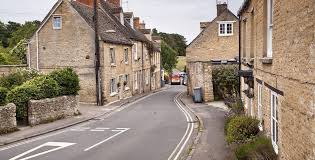 Charlbury is a small village  in the Evenlode valley, about 6 miles (10 km) north of Witney in West Oxfordshire.

It is on the edge of Wychwood Forest and the Cotswolds. The population was 1478 in 1881.

In July 1758 a Mr Henry Barnes of Charlbury, a ‘kinsman’ of Peter Wyatt, wrote a will, which was proved on 30 June 1760 in which he mentions several of the Wyatt family including their relationships which helped me construct the Wyatt families of Charlbury and Bampton. The will can be found online here at the Oxfordshire Family History Society Transcribed Will Index. It mentioned –

It is unknown where Peter Wyatt senior and his wife died, but probably in the Charlbury area.