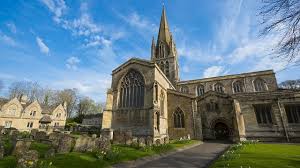 He had an older sister Sarah who was baptised on 10 December 1763 at Witney.

I have been unable to find John’s baptism under either Wyatt or Reeves, despite searching through the original registers.

There was a settlement order made for John’s parents – Joseph Wyatt and his wife Mary on 28 December 1762. The order was made by the parish of Bampton wishing to have the family removed back to their home parish of Witney.

In the event of the parish authorities discovering that a person was likely to become a financial burden and become chargeable to the parish such as illegitimacy cases, those taken ill, suspected illegal immigrants or vagrants, the parish authorities undertook a Settlement Examination. The examination took place by the Overseer of the Poor and a Justice of the Peace and was carried out to determine whether the person had a legitimate right to residency in the parish.

Following the findings, a guilty person would be served a Removal Order and then, forcibly if necessary, removed from the parish. These procedures were part of what is known as the Old Poor Law. The record is held in the Oxfordshire History Centre, and I am attempting to get a copy of it.

John worked as a labourer and a gardener.

At the age of 26 John married Rachael Cockbill on 17 July 1791 at St Mary, Witney by banns. They were both of the parish of Witney, and were both illiterate, making their mark ‘x’ as their signature to the marriage. Their witnesses were Edward Cook and Edmund Wright.

John and Rachael had six children –

I haven’t been able to find the death of a Rachel Wyatt. Did she remarry? 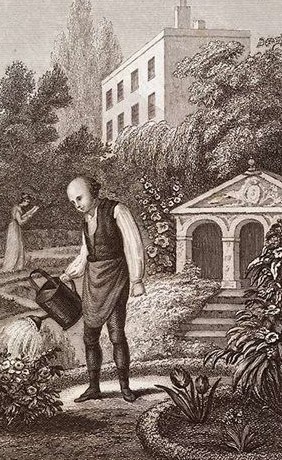 There is a John Wyatt living in Kennington Place, Lambeth, Surrey in the 1804 Surrey Tax Records, but I’m not sure if this is him, or whether he stayed in the Witney area of Oxfordshire. His son John is later living near this address.

So did her husband John Wyatt die earlier between 1807 (their last child) and 1812 (her next marriage?) Or did he desert her and she married bigamously, or is it another Rachel? Were their two Rachel Cockbills living in the Witney/Clanfield area? I can only find evidence of one.

In the 1841 census Rachel Shaylor is living with her older brother Phillip Cockbill, aged 70, in her home parish of Clanfield, Oxfordshire aged 66.

Rachel appears in her father Phillip’s will written in 1811, in which it refers to a bequest to his daughter Rachel Shaylor and her son John Cockbill.  An illegitimate child, Johnathan Cockbill, was born to a Rachel Cockbill in 1796 and baptised at Clanfield on Christmas Day 1796.

The question is – are Rachel Shaylor and Rachel Wyatt the same person? Some other notes –

I’d love to hear from you if you can help me out with this puzzle.  See my contacts page.