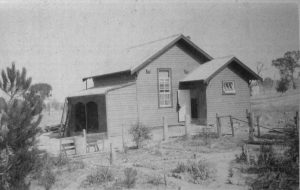 A school inspector was sent out, but did not recommend the establishment of a school. In April 1886, Mr George Ward provided  a two roomed timber building with a shingle roof, situated at CA 80C.

This was then leased by the Department for 13 pounds per annum, and the Warrenbayne West School opened in September 1886 half time with the nearby Five Mile Creek School. 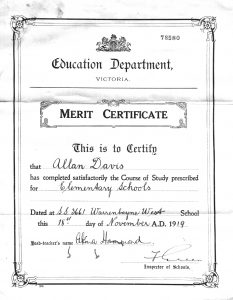 In 1895 the school numbers had decreased to less than 10 children, and the school was temporarily closed in March 1895.

A further petition requested a school in 1909, and a one acre area from Crown Allotment 58 was transferred free to the Department by Mrs M A Wilkinson who at their own expense removed the building from Samaria West to this site. 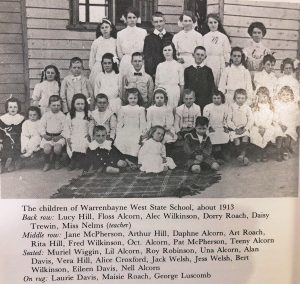 The building was enlarged in 1925, but then numbers decreased again in 1932 and the school closed in November.

A subsidised school reopened in January 1933 with J P Buckland in charge, but was closed again on 11 March 1933. It reopened again in February 1946, and then officially closed for the last time on 27 January 1965.