Thomas Wallace was born on 3 June 1809 at Felling Shore near Gateshead, Durham not far from the banks of the River Tyne. He was the son of Thomas Wallace (1774-1835) and Margaret Gill (b 1770). He was one of six children born to the couple. 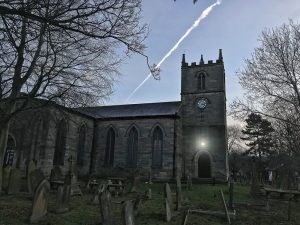 Thomas was baptised on 20 August 1809 at St Mary’s Heworth in Durham.

His father’s occupation was given as a potter.

A potter made and sold pots out of earthenware or clay.

I’ve been unable to find a marriage for Thomas, but he shared his life with Margaret Nixon (1811-1883) and they had nine children together.

Margaret was born in 1815 in Felling, Durham and was baptised on 19 February 1815 in Heworth, Durham. She was born to single woman Mary Nixon.

Thomas and Margaret had the following children –

In 1841 Thomas, aged 30, was living in South Pelaw Colliery, in Chester le Street, Durham and working as an agricultural labourer. In the household were his wife Margaret aged 25, and his three children John, Ann and Margaret. 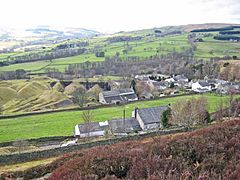 10 years later in 1851 Thomas and Margaret have six children at home – John, Ann, Mary, Thomas, George and William and they are living in Crawleyside, Stanhope.

Thomas is still working as a labourer.

By 1861 the family have moved from Durham, 28 miles up to Northumberland to Wallsend where they are living in Mr Morden’s house at Wallsend Quay. Thomas is now a foreman at the blast furnaces. Living with the couple are Thomas, George, William, James, Margaret and Joseph. The three eldest sons are working in the factory.

In 1871 the family have moved once again to Jarrow in Durham, 3 miles away across the Tyne River. Thomas is labouring again, and with wife Margaret are children Margaret 15 , Joseph 13 , daughter in law Ann (George’s wife) and their child Margaret Ann aged 1. 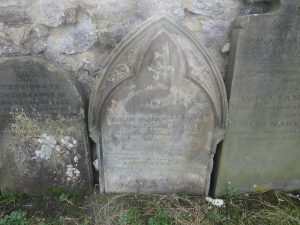 Thomas died on 2 September 1875 at Seaham Harbour, aged 66 and is buried there with his wife Margaret who died in September 1883.

Margaret can be found in the 1881 census living in Dawdon, Durham near Seaham, a widow aged 70, with her grand daughter Jane.