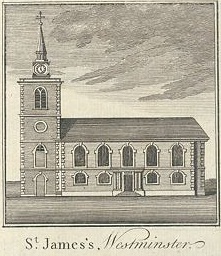 John was baptised on 4 April 1746 at St James, Westminster. He was one of four children born to the couple.

He can be found in the UK Poll Books and Electoral Registers in 1749 working as a breeches maker in Windmill Street, in the parish of St James, Westminster.

In 1750 Robert appears in the Westminster Rate Books for Little Windmill Street, St James,  as the owner and occupier of two properties. Robert was buried at St James on 4 March 1787 aged 67 years.

The art of making breeches was an ancient one, made of leather, especially doeskin, or fabric, as this 1775 breeches making advertisement from the British Library explains. 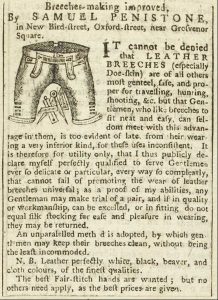 John like his father and grandfather before him, was a britches/breeches maker, firstly in London, and then sometime before his 26th birthday he moved to the village of Ash in the parish of Kent. 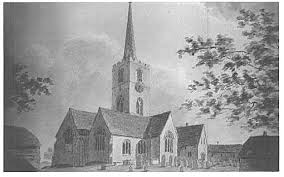 They both stated they were living in the parish and were a bachelor and a spinster.

Ann was born in 1735 and baptised on 16 November 1735 in Leysdown, Kent (6 miles from Minster). She was the daughter of John, a labourer, and Elizabeth Pilcher. She had one sister Elizabeth born in 1736.

Ash next Sandwich is a village and a parish in Eastry district, Kent.  The village stands on a rising-ground, by the side of Wingham Brook, a tributary of the Stour, 3 miles west of Sandwich rail station;  and has a post office of the name of Ash, under Sandwich, a money order office and a savings bank.  The parish comprises 6,871 acres.  Real property, £20,467.  Population in 1861, 2,039.  Houses, 438. Click on pics below to enlarge. 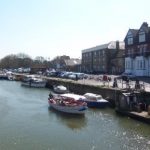 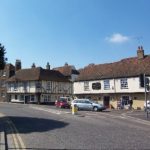 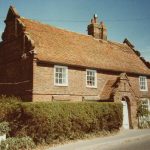 John and Ann settled in Ash and had an extensive family of 10 children, the first five being born in Ash before their move to Greenwich, 58 miles west of Ash.

John, aged 35, is recorded working as a breechesmaker in 1781 in the parish of St Alphege in Greenwich in 1781 on his daughter Elizabeth’s baptism record. 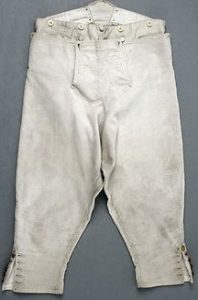 Breeches were an article of clothing covering the body from the waist down, with separate coverings for each leg, usually stopping just below the knee, though in some cases reaching to the ankles.

The breeches were normally closed and fastened about the leg, along its open seams at varied lengths, and to the knee, by either buttons or by a drawstring, or by one or more straps and buckle or brooches. They had fallen out of use by the mid-19th century in favour of trousers.

In 1790 the family are living in Church Street, Greenwich where they appear in the Greenwich Land Tax Assessment records, and also in 1798, being assessed 10 shillings. 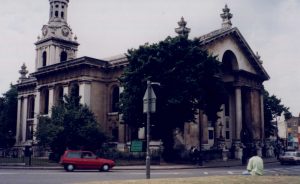 His wife Ann continued to live for another 16 years, passing away in April 1823 at Church Street at the age of 84 years. She was buried at St Alphege on 22 April 1823.

In 1840 their grandson George was still living at Church Street, working as a boot and shoemaker. (Pigots Directory of Kent). 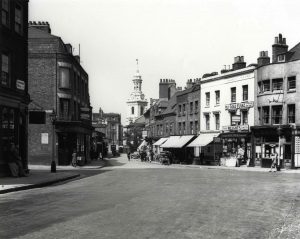 Note – I have several DNA matches with descendants of John Beaver and Ann Pilcher.