John Fritwell was born around 1555 in Cuxham, Oxfordshire, England. John was the son of Robert Fritwell who died in Cuxham in 1583. 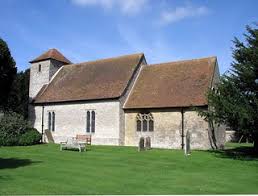 John married Issabell Druse on 8 November 1579 at the Church of the Holy Rood in Cuxham.

Cuxham is an English village in the civil parish of Cuxham with Easington in South Oxfordshire. It is about 5.5 miles (9 km) north of Wallingford and about 6 miles (10 km) south of Thame.

In the Middle Ages, Cutt Mill was the manorial corn mill. The present mill on the site was built in the middle of the 18th century. 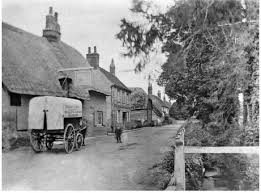 British History Online states that “Probate evidence suggests that the villagers, of whom most were small-scale customary tenants and labourers, had most frequent contact with inhabitants of Watlington and of neighbouring parishes such as Brightwell Baldwin, Britwell Salome, Chalgrove, and Easington.

Some families in the 16th to 18th centuries stayed for several generations, amongst them the Broadways, Crookes and Fritwells, but otherwise the parish registers suggest a regular turnover of population, particularly among the poor of the parish.”

Roger and Thomas were baptised on the same day, so may be twins and Elizabeth  married a John Cooper in Cuxham in 1627, probably her cousin.

John Fritwell died in 1633 in Cuxham and his will can be found in the Oxfordshire Will Index 1516-1857, as can that of his wife Isabell’s.

John wrote his will nine years before his death and it is dated 14 January 1627. He states he was weak of body, but sound in memory. It is very, very difficult to read because of the spidery old english handwriting, but I can make out that he leaves his malt mill to his son Edmond. His will contains an inventory of his goods.

Isabell Fritwell, nee Druse, died in 1636 in Cuxham, aged around 80 years. She made a lengthy will in which she mentions several of her daughters, but only one son (I think!). There is also a page listing an inventory of her goods. 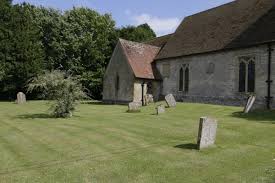 The will of Isabell Fritwell, a widow of Cuxham, 1636 lists bequests ( for example 2 bushels of wheat) to her children – son John, and daughters Beatrix, Mary, Margaret,  Agnes Broadway, and Elizabeth.

John and Isabell were buried at Cuxham.