Nicholas Mackerell (Nicholai Macquerelle) was probably born in the Netherlands around 1572. 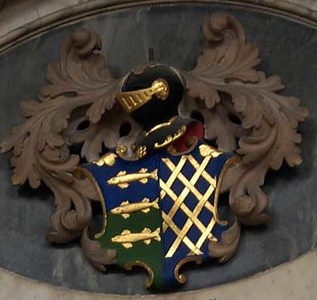 His parentage is unknown but it is believed he had a sister Margaret who married Robert Lamen. Robert and Margaret had a son Peter Lamon who was baptised on 22 April 1666 in Thorpe Market, Norfolk, England.

A pedigree for the Mackerell family of Norwich is recorded in East Anglian Pedigrees.

By the end of the 16th century there were over 4000 Protestant Dutch refugees in Norwich, accounting for almost a third of the population. This was a result of the Catholic Spanish rulers persecution of Dutch Calvinists. The Duke of Alva had ruthlessly pursued them as heretics and many were raped, murdered or burnt at the stake and they became refugees looking for a new home.

Large numbers of immigrants, fleeing persecution in their homelands left from Flanders, arriving at Great Yarmouth in Norfolk, and by 1568 large numbers of Flemish and Dutch strangers were living in Norwich. Dutch and Walloon refugees were invited to Norwich to boost a flagging local weaving industry and introduced light weight figured cloth woven on the draw loom. It appears Nicholas was one of those to take up the offer to leave his native land and start a new life in England. 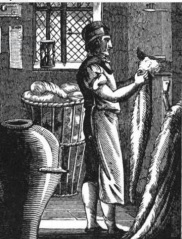 The strangers were initially met with mistrust by the local population, some were even treated as if they were smugglers. Many of the strangers were combers and weavers and they came to form one of three guilds of cloth makers working within Norwich. Nicholas was recorded as a comber.

Nicholas married Abigail Dackett around 1600, possibly earlier, either in the Netherlands, or in Norfolk after he arrived as a ‘stranger’ (foreigner).

Abigail Anton was the daughter of Oliver Dackett d 1624,  described as a Dutchman on his burial record. Abigail was one of at least four children born to Oliver and his wife, name unknown. Her siblings were Francis 1592-1664, Ann and Timothy d 1641.

Nicholas and Abigail had seven children together –

In 1618 Nicholas is listed in a List of Foreign Protestants and Aliens Resident in England 1618-1688. The record stated he was ‘Born Beyond the Seas – Nicholas Mackerell, comer’ (probably wool).

Nicholas also appears in the Dutch Militia Company of Norwich records in 1621.

Names of the companie of the Dutch Congregation of Norwich. Corselets (swords) company – Nicholais Mackereel. (The Walloons and their church at Norwich: their history and registers, 1565-1832). 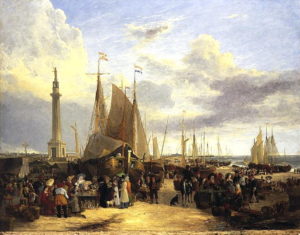 It seems he moved to nearby Great Yarmouth, and appears as a merchant hosier in 1630 in a directory as a retailer of hosiery, socks, stockings and gloves.

His wife’s father Oliver Dackett was paying duties on importing hosiery goods in 1607, so possibly they were working together in the trade.

Nicholas Mackerell died on 3 September 1631 in Great Yarmouth and is listed on the burial register there as an ‘alien’ (foreigner).

His PCC will proved on 30 November 1631 stated he was a hosier of Great Yarmouth. He left bequests to his wife Abigail and to Francis Dackett his brother in law. Also mentioned were his children Samuel, John, Peter, Ann, Mary and Ephraim. He also left a legacy to the poor of the Dutch congregation of Norwich.

In 1635 Abigail was listed as contributing to Voluntary Aid to the King, City of Norwich – Abigail Mackerell, widdowe 1 pound. (Aliens in Subsidy Rolls) – The Walloons and their church at Norwich: their history and registers, 1565-1832.

Abigail Mackerell died on 3 April 1648 and was buried at St Peters Mancroft in Norwich. 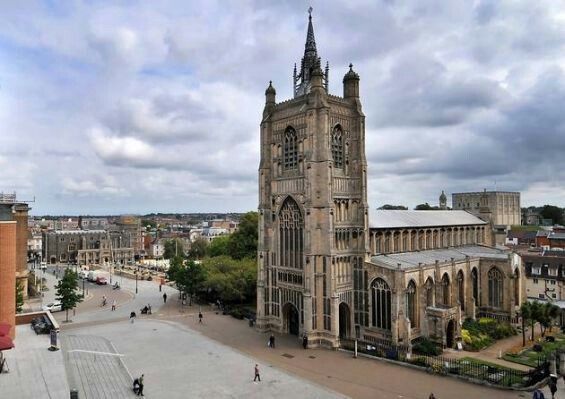