He was baptised at Bolton by Bowland, Yorkshire on 14 June 1716, four miles away. Samuel was one of five children born to the couple.

His father Robert was a small tenant farmer at Knotts. Samuel most likely worked on his father’s land until at the age of 19 years, when he married local girl, Margaret Wolfenden on 6 February 1736 at Broughton in Yorkshire. Broughton is 11 miles from Sawley.

On his marriage register entry, Samuel is described as a husbandman (farmer) and they are both from within the Monastry of Sawley. The record also states they were “married by asking”.  Asking was one of several terms used to describe the process of marriage banns, and was a common term from the Book of Common Prayer, which was common to all Anglican Churches.

“Asking” comes from the meaning that the couple had to ask for the announcement of the marriage banns to be read out in both the dwelling parishes of the couple. The couple were then married with due announcement to their community, and with permission, as opposed to eloping to Gretna Green, or obtaining a special license.

In the north of England the custom was to ring the bells of the church three times after the third reading of the banns. 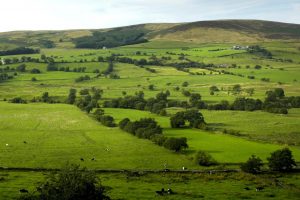 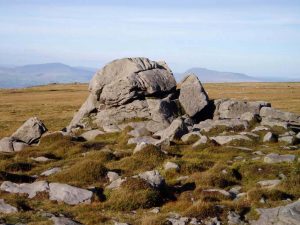 In 1740 and 1746 both Samuel, and Margaret’s father Richard Wolfenden appear in a legal document regarding a Sawley title deed held at the Yorkshire Archaeological and Historical Society (National Archives Discovery Catalogue).

1746 – Walker v Wolfenden. Joint and several answers of Richard Wolfenden, Robert Bolland and Samuel Jackson, three of the defendants to the bill of complaint of John Walker, complainant; and later note about costs, 1746 Case relates to title to property in Knotts, Sawley, once in the possesion of Judith Walker, with Algernon Greville the owner of the inheritance [Former ref: Box 9; MCM 190, 191, 387] 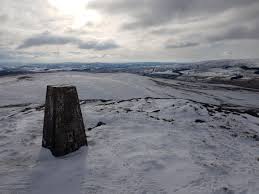 According to Samuel’s will, Samuel and Margaret had eight children, but I can only find baptisms for the first five of them –

It looks like two brothers (Robert and Richard Jackson) married two sisters (Elizabeth and Jane Atkinson). Robert’s will administration states he was a farmer from Knotts, Sawley.

The family lived at their farm in Knotts, in the parish (monastery) of Sawley for many years.

His beautifully written will was written on 17 October 1774 and proved in June 1775 leaving his estate to his wife Margaret, and his children Elizabeth, William, Anne, Mary, Margaret, Robert, Richard and Samuel.

Samuel Jackson signature on will 17 October 1774

The will stated he was a husbandman of Knotts, in the manor of Sawley and county of York, and at the time was “disordered in body, but sound of mind and memory”.

He made the following will bequests –

His wife Margaret signed her husband’s will obligation, stating she was the widow, relict and sole executrix, along with Samuel’s brother Ralph (to prove it) on 30 June 1775.

signatures from Samuel’s will 1775

The headstones have been transcribed for this cemetery here.