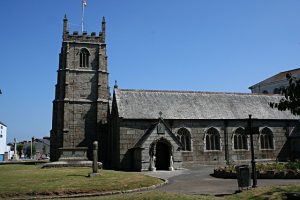 Stephen was baptised in the nearby parish church, St Martin and St Meriadoc at Camborne on 3 July 1792.

His father Arthur was a miner in Brea,  near Camborne, and Stephen was one of eight children born to the couple.

When Arthur died in 1834 he made a will leaving bequests to his grandchildren William, Caroline and Grace (children of his son William), his daughter Mary, grandchildren Joseph, John and Jenefer (daughter Jane’s children), son Stephen (three pounds), Arthur, Kitty, James, and his wife Jane. 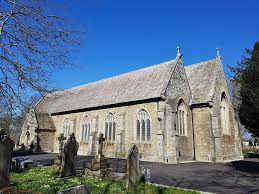 Stephen worked in the mine from a young age, like his father before him, and when he was 23 years old he married Jane Dunkin Jeffery at her parish church in Illogan, Cornwall on 18 February 1815.

Jane, the daughter of George Jeffery and Mary Bennetts was born in 1794 in Illogan. She was baptised on 8 June 1794 at Illogan.

There is a large gap between child 4 and 5 so there may have been more children but I haven’t been able to find any baptisms or burials with a Brea residence in the intervening years.

Stephen continued to work as a copper miner at the Brea mine. 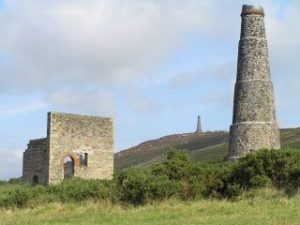 Brea copper and tin mine

I’m unsure if this is the same Stephen Prideaux but it is very close to where he was living at Brea.

I’m also unable to find either Stephen or his wife Jane on the 1841 census for Camborne. They may have been misindexed.

Stephen died on 20 December 1846 at Brea aged 56 and was buried at the Camborne parish church three days later on the 23rd December.

He appears on the Death Duty index in 1847 with John Prideaux named as the executor. (brother?)

After his death Stephen’s wife Jane moved to Illogan to live with their son Stephen and can be found living with him in the 1861 census record at Davey Row in Illogan. Jane is described as a fundholder.

In 1871 she is living with  son Stephen in Edward Street, Tuckingmill (a suburb of Camborne).