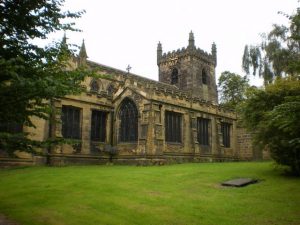 Everett Cooper was born in December 1823 in Birstall, Yorkshire.

He was baptised on Christmas Day 1823 at the parish church in Birstall.

In many areas it was tradition for the church to offer baptisms for free on Christmas Day. 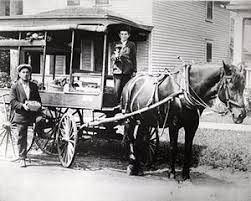 By 1841 father Joseph was described as a widowed fruiterer in the census in the village of Great Bolton.

15 year old Everett and his siblings would have helped their father in his trade, perhaps delivering or helping to sell the fruit and other goods.

Everett’s mother Mary had passed away the month before aged only 39. His father remarried later the same year in August 1841 to Elizabeth Taylor. 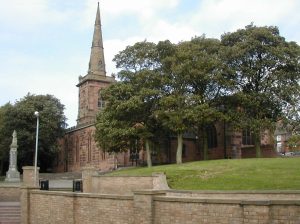 She was born in 1825 and baptised in Prescot, Lancashire on 31 July 1825. Her father John gave his occupation as a collier of Prescot at her baptism.

By 1851 Everett was living in Old Hall Street in Bolton, next door to his parents Joseph 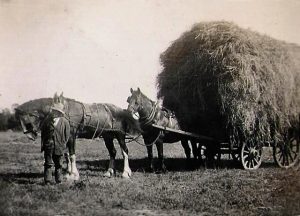 and Elizabeth. Both families were fruit dealers.

10 years later in 1861 Everett was still living in Old Hall Street, but had diversified and was now a hay and straw dealer, with wife Catherine and son John aged 14, a scholar.

Everett died at home in Old Hall Street, Bolton on 2 February 1866 aged only 42 years. hew as buried at the Tonge Cemetery in Bolton on 6 February 1866.

His wife Catherine went on to live for another 24 years, dying at the age of 65 years in Bolton. She was buried in the Tonge Cemetery in Bolton on 8 November 1890. 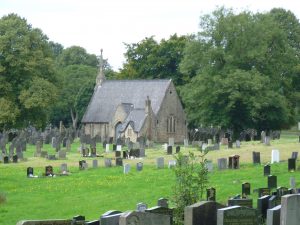