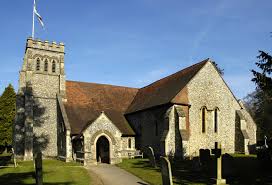 Edward was baptised on 12 January 1694 at St Lawrence, Effingham in Surrey. Edward was the last of six children born to James and his wife.

Edward was a husbandman, or farmer of Effingham.

Most of the population lived in the village centre, as Effingham was an ‘open village’ where villagers worked on strips in the open fields, growing arable crops and using the downs for sheep grazing (wool was an important source of wealth) and the commons for timber and some animal grazing.  The village was largely run by the farming families as the lords of the manors tended to be absentee landlords.

On 22 September 1720, 25 year old Edward married Mary Walder at her home parish of Ilfield in Sussex, 17 miles away.

His marriage registry entry states ‘Edward Skilton of Effingham, a farmer, and Mary Walder of this parish were married by licence September 22, 1720″.

Mary Walder was born in 1700 in Charlwood, Sussex and was baptised at St Nicholas, Charlwood in Sussex, 3 miles from Ilfield.

Edward and Mary had four children –

Edward and Mary farmed firstly in Effingham, but their four children were all baptised at St James, Abinger, just six miles away. 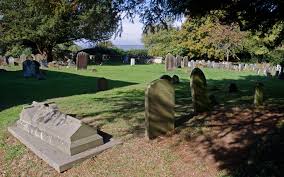