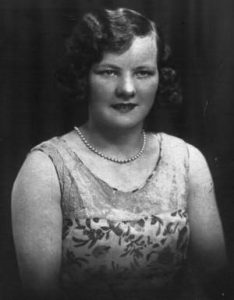 Barbara Jemson was born at 30 Lax Street in Carlin How near Skinningrove, Yorkshire on Christmas Day 1908 to parents Andrew Jemson, blast furnace bricklayer (1883-1956) and Annie Wallace (1884-1942).  Andrew and Annie had six children.

Barbara was baptised on 10 January 1909 at St Margaret’s parish church in nearby Brotton.

Also living in the same house is Barbara’s maternal grandparents – Edward English, a stone miner and his wife Jane, and their children (Annie’s siblings) Charles and James.  The house is described as having only five rooms, not including the bathroom/toilet. 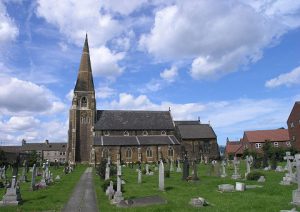 The Jemson family moved from Carlin How 10 miles up the coast to the village of Redcar in around 1915, and were living at 18 Back Row, Furnace Cottages.

In October 1930 Barbara married Robert Banks Dennis in Coatham, near Redcar, Yorkshire. She gave her address as 75 James Terrace in Warrenby, Redcar.

Robert and Barbara had three children –

Barbara was a talented dancer and performer. 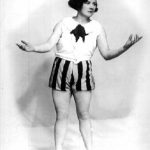 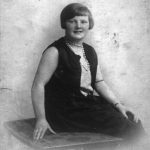 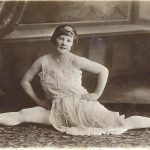 Barbara as a 20 year old dancer 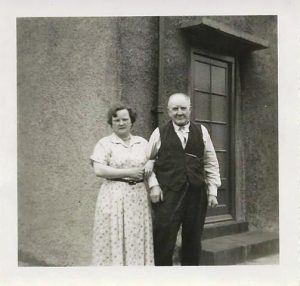 Barbara with her father Andrew Jemson in Redcar

In 1939 Barbara and the two children were living at ‘Elcho House’ at 8 Balmoral Place in Halifax while Robert was away at war. They lived with landlady Rose Jackson, a widow. 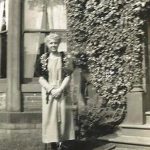 Later that year in 1939 Barbara was residing at the Catterick Garrison Camp in Richmond Yorkshire. She was listed as Barbara Dennis, later Barrett, married, occupation – unpaid domestic duties.

England. It is the largest British Army garrison in the world. Catterick is also home to the Army School of Ceremony, where recruits learn to take part in the massed bands of the British Army. Given that Robert was a saxophone player in the band for the Green Howards this may have been why he was stationed there for a while.

Sometime after the birth of her last child Robert in 1943, Barbara and Robert were divorced, and in December 1949 Barbara remarried local Halifax bus driver, Albert Barrett.

Albert was born in Halifax in 1912, and was 37 when he married Barbara in Halifax. Barbara and Albert, and Barbara’s three children then lived at 23 Queens Road in Halifax. 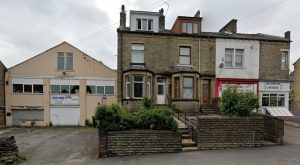 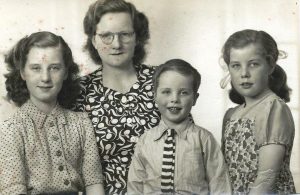 Barbara with her three children Anne, Betty and Michael in 1948

In September 1953 her husband Albert was involved in a bus accident, and gave evidence in the Halifax Coroners Court after an 18 year old car passenger died in the crash. Malcolm Nutbrown was fatally injured when the car he was a passenger in was wrecked in a collision with the bus at Lee Bridge.  The car was found to driving too fast and didn’t take the corner properly. (Yorkshire Evening Post 5 Sept 1953). 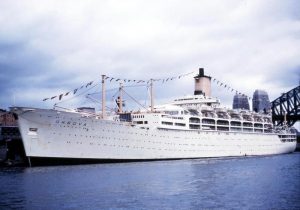 In early 1957, Barbara decided to leave Albert, and took her young son aged 13 and immigrated to Australia, arriving in Melbourne on 21 May 1957 from London on the “Orsova”. Her two daughters had previously immigrated in June a year earlier aboard the “New Australia”.

The passenger records describe Barbara as a 48 year old waitress. Her son remembers she used to work at the Halifax Dairy.

When Barbara and her son Robert first arrived in Melbourne they stayed with Anne and Betty at Flat 2, 4 Rothchild Street in Glenhuntly. Barbara worked as a shop assistant in the local newsagency.

In 1963 they moved to 14 Macquarie Street, Prahran, and then ten years after arriving in Australia, in 1967, Barbara married Claude James Smith. Claude was a 55 year old storeman, born in 1912. 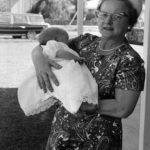 Barbara with grandson Brendan in 1968 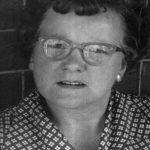 He was a widower having previously been married to Lucy Muhlhauser in 1931.  Claude and Lucy lived at 29 Tivoli Road, Armadale for most of their marriage. Lucy died there  on 11 May 1962, aged 56. Lucy is buried at Springvale. 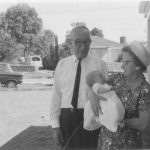 Barbara and Claude at grandson Brendan’s christening in 1968 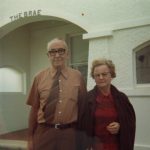 Barbara and Claude lived at Tivoli Road, until her death on 18 November 1975. She was 66 and died of a brain tumour. Barbara is buried in the Springvale Cemetery.

Claude died in June 1977 at home, aged 65, and is also buried in the Springvale Cemetery. 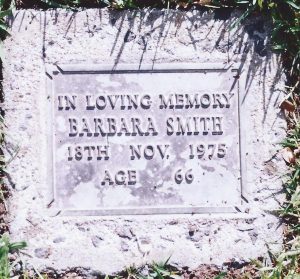